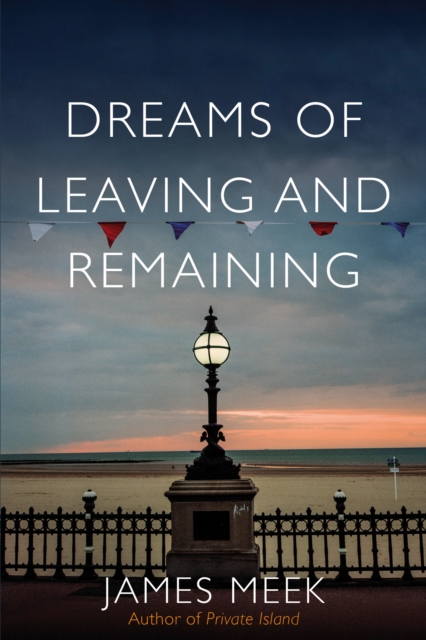 Dreams of Leaving and Remaining

The anatomy of Britain on the edge of Brexit by an Orwell Prize–winning journalist.

In March 2019, the UK will leave the EU, facing an unpredictable future. Since the referendum in 2016, the nation has been split into two; one half dreaming of leaving, the other of remaining. During this period, James Meek, who has been described as ‘the George Orwell of our times’, went in search of the stories and consequences of this rupture. He discusses the desire to leave with farmers and fishermen, despite the loss of protections and fears of the future that this might bring. He reports as a Cadbury’s factory is shut down and moved to Poland, in the name of free market economics, and how it impacts on the local community left behind. He charts how the NHS is coping with the twin burdens of austerity and an aging population. Dreams of Leaving and Remaining is urgent reporting from the frontline of the crisis from one of our finest journalists. James Meek asks what we can recover from the debris of an old nation as we head towards new horizons, and what we must leave behind. He does not find any easy answers that will satisfy Brexiteers or Remainers, but instead paints a masterly portrait of an anxious nation.

James Meek is a Contributing Editor of the London Review of Books. He is the author of six novels. The People’s Act of Love was longlisted for the Booker Prize and won the Ondaatje Prize; We Are Now Beginning Our Descent won the 2008 Le Prince Maurice Prize; and The Heart Broke In was shortlisted for the2012 Costa Prize. His previous non fiction-work, Private Island, won the 2016 Orwell Prize. In 2004 he was named the Foreign Correspondent of the Year by the British Press Awards.