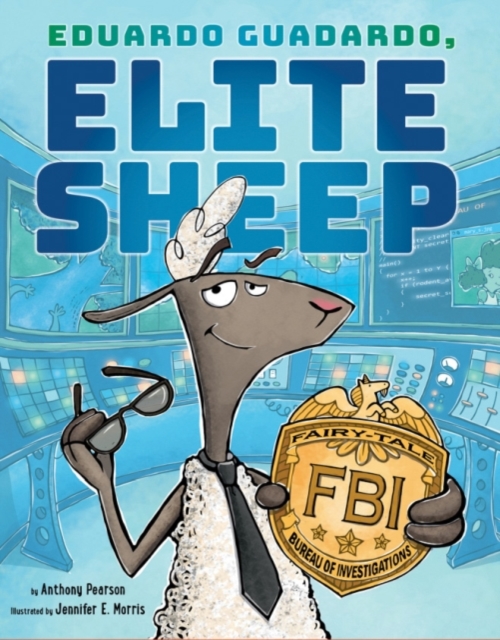 Eduardo Guadardo may look fluffy. He may look cute. But he’s no little lamb. He’s about to graduate from the FBI—that’s the Fairytale Bureau of Investigations—as an Elite Sheep. He knows five forms of kung fu, and he can outfox the foxiest of foxes. In fact, he’s so good they put him on his own case: to keep the farmer’s daughter, Mary, safe from Wolf, Troll, and Witch. It’s a job for somebody baaaaaaad—someone like a soon-to-be Elite Sheep. The thing is, protecting Mary isn’t quite as easy as Eduardo expected…

This imaginary backstory for “Mary Had a Little Lamb” is hilarious, action-packed, and filled with subterfuge (that means pulling the wool over your eyes, for you civilians).