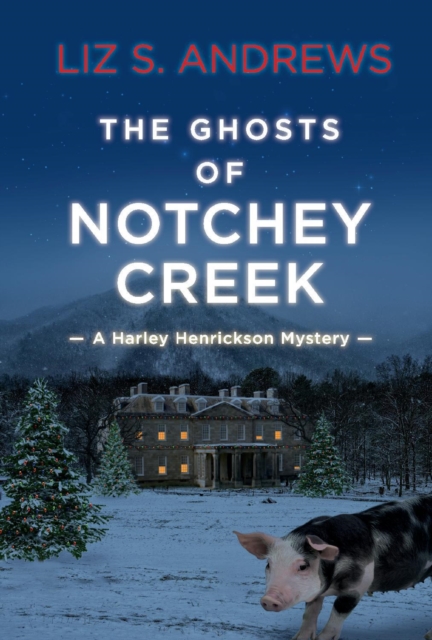 It's the holiday season in Notchey Creek, and Harley Henrickson is busy mixing yuletide cocktails at her store, Smoky Mountain Spirits. There is snow on the ground, holiday music in the air, and wreathes on every lamppost. Everything seems perfect for the town's biggest event of the year, the Small Town Christmas Festival. Even Harley's pet pig, Matilda, is feeling festive, wearing the Elf on the Shelf costume Aunt Wilma bought for her. But not all is merry and bright in this little mountain town. Harley senses something eerie in the air, and it all points to Notchey Creek's oldest and most beautiful home—Briarcliffe.No sooner has rock star Beau Arson settled into his ancestral mansion of Briarcliffe, than a self-righteous ghost hunter arrives in town, telling macabre tales about Beau's new home. According to legend, a young woman by the name of Margaret Reed hung herself in the woods behind Briarcliffe on Christmas Day, over a century ago. To make matters worse, Beau has been experiencing ghostly encounters at night, seeking to drive him from his family's home.When Harley finds the body of a mysterious woman in the woods near Briarcliffe, and then a wealthy antiques dealer is murdered, she decides to investigate. Can Harley intervene before a century of lies, greed, and passion destroy Beau Arson's new life—the past he's just only come to know? In the meantime, other issues are causing problems for Harley. Aunt Wilma and Opha Mae Shaw are designing a Christmas dress of epic proportions for Harley (and one for Matilda, of course). Uncle Tater and Floyd have been devising top-secret plans in The Shed that might have to do with the upcoming Christmas Parade. And Harley's best friend, Tina Rizchek, is at her wit's end when her colorful grandmother and pet parrot visit from Pittsburgh for the holidays. *Includes drink recipes!
AutorAndrews, Liz S.
EdituraBookBaby
Dimensiuni160 x 236 x 29
Data Publicarii20/02/2020
Format Cartonata
Numar pagini334
Aceasta este o carte in limba engleza. Descrierea cartii (tradusa din engleza cu Google Translate) este in limba romana din motive legale.
Este sezonul de sarbatori in Notchey Creek, iar Harley Henrickson se ocupa sa amestece cocktailuri de yuletide la magazinul ei, Smoky Mountain Spirits. Exista zapada pe pamant, muzica de sarbatori in aer si coroane de flori pe fiecare lampa.
Ai adaugat Ghosts of Notchey Creek in cosul de cumparaturi.