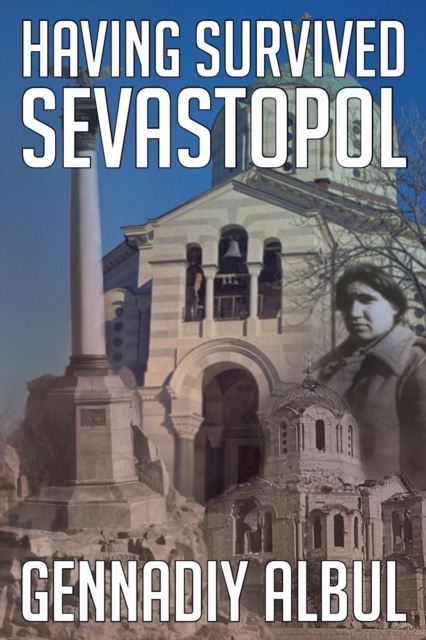 The book is not meant to be a documentary story of WWII in Sevastopol. It is written from perspectives of real people's memories. The names of the major characters, Polly, Mary, Lucy, and Nikolay are real. Other names are sometimes alias and represent integrated characters, but most of the events are written almost word for word as it was spoken.

It is absolutely amazing, as in the life of people, and by people lives the absolutely improbable chain of events that are rigidly connected with each other conduced to a certain mysterious purpose. This written history, in particular, narrates about itself, about the sequence of the events, which has led to its writing.

Polly, whose husband had been killed in Russian revolutionary events, tried to escape and find a safe place to live with her children. She escaped from her past, but is it possible to escape from the future? She found shelter in Sevastopol, which was, is, and will be a vortex for dramatic, historical events involving most powerful persons of the planet. WWII started unexpectedly for both Polly and her daughter Mary on the same day it began for the Soviet Union. They went through the war from the beginning to the very end, witnessing stupidity, treachery, and the senselessness of bureaucrats of war from both the German and Russian side. They lived daily with the cruelty and horror of war. One thing they could not understand that God had been told to Polly in her prayers that they would survive to narrate the story of God's will realizing miraculously. God did not give them a second of respite. They participated in all of the events of the many month defense of Sevastopol, through all of the killing and capturing of the defenders. They had to work for the aggressors in order to survive. They appeared in the mid-battle in a time of the Soviet army return and came to see the Germans as just simple people, who did not want to fight, just wanted to survive the horrible situation that they could not control. Eventually, Mary became a manager of the German prisoners of war, who were working on the restoration of Sevastopol just as Germans forced them to work clearing ruins after the capturing of the city. History had repeated itself in the completely opposite way.

Would it be so simple? It appeared to be just the next stage in history about Having Survived Sevastopol.