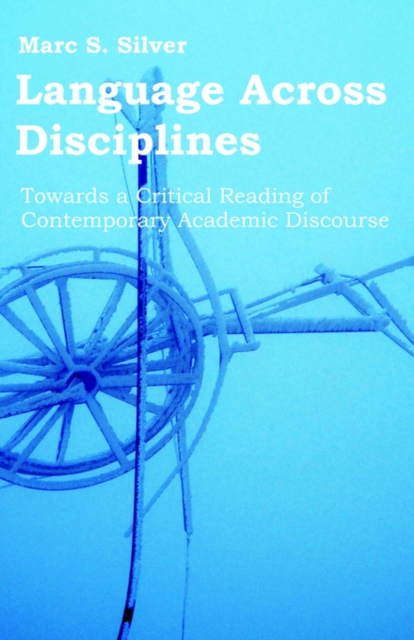 Academic discourse is the principle means by which knowledge is constituted in the world today and English is the globalized language in and through which such knowledge most often gets constructed and transmitted. Be it in the form of specialized books, disciplinary journals, international congresses or university lectures, the influence and power of such discourse is enormous. Most students and scholars, however, concern themselves almost exclusively with 'what' is written or said within such discourse, ignoring the often more important question of 'how' what is written or said is expressed or received. This book analyzes and contrasts ways in which writers from the disciplines of History and Economics present themselves and their knowledge claims to their readers, in an attempt to understand how common lexico-grammatical and pragmatic elements of texts act to persuade the readers of the knowledge claims being brought forth, as well as to see how the writers position themselves as they are making these claims. The work investigates the way academic writers construct disciplinary identity through display of their ideas or assumptions, the persuasive forms of argumentation they employ and how they represent themselves and others in their texts. In doing so, it aims as well to establish the consistency and the effects of such disciplinary identity by highlighting a few of the ideological and epistemological consequences of the choices made by each of the disciplinary (or discourse) communities.
AutorSilver, Marc S
EdituraBrown Walker Press (FL)
Dimensiuni138 x 216 x 18
Data Publicarii22/05/2006
Format Necartonata
Numar pagini188
Aceasta este o carte in limba engleza. Descrierea cartii (tradusa din engleza cu Google Translate) este in limba romana din motive legale.
Discursul academic este principiul mijloacelor prin care cunoasterea se constituie in lume astazi, iar engleza este limba globalizata in si prin care astfel de cunostinte se construiesc si se transmit cel mai adesea. Fie ca este vorba de carti specializate, reviste disciplinare, congrese internationale sau prelegeri universitare, influenta si puterea unui astfel de discurs sunt enorme.
Ai adaugat Language Across Disciplines in cosul de cumparaturi.