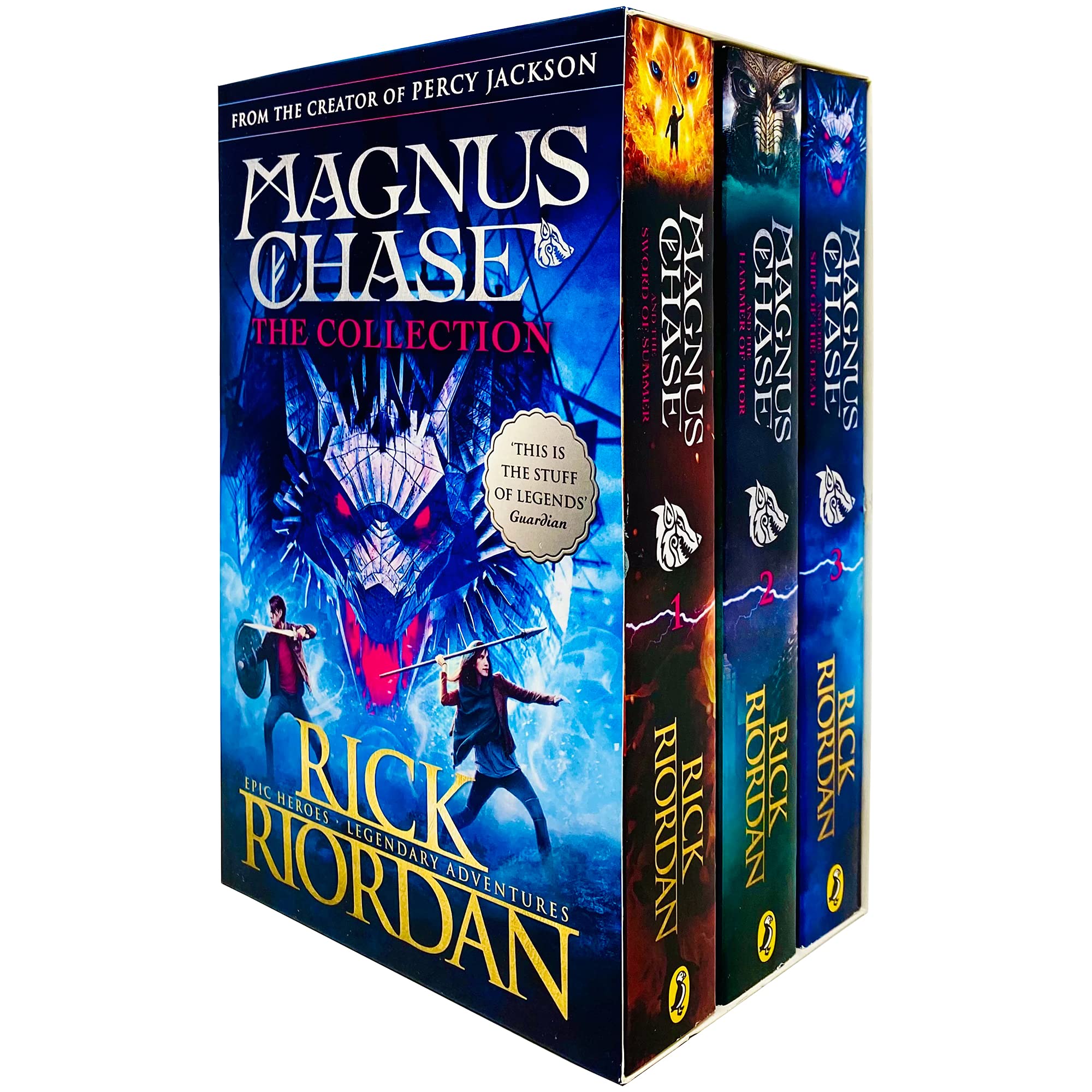 The Magnus Chase and the Gods of Asgard Series Books 1 - 3 Collection Box Set by Rick Riordan:

Magnus Chase and the Sword of Summer:
My name is Magnus Chase. I'm orphaned and living rough on the streets of Boston. And things are about to get much worse.My day started out normally enough. I was sleeping under a bridge when some guy kicked me awake and said, 'They're after you.' Next thing I know, I'm reunited with my obnoxious uncle, who casually informs me that my long-lost father is a Norse god.Nothing normal about that. And it turns out the gods of Asgard are preparing for war. Apparently, if I can't find the sword my father lost two thousand years ago, there will be doom. Doomsday, to be precise.

Magnus Chase and the Hammer of Thor:
Thor's hammer is missing again. The thunder god has a disturbing habit of misplacing his weapon - the mightiest force in the Nine Worlds. But this time the hammer isn't just lost, it has fallen into enemy hands. If Magnus Chase and his friends can't retrieve the hammer quickly, the mortal worlds will be defenseless against an onslaught of giants. Ragnarok will begin. The Nine Worlds will burn. Unfortunately, the only person who can broker a deal for the hammer's return is the gods' worst enemy, Loki - and the price he wants is very high.

Magnus Chase and the Ship of the Dead:
Loki the trickster god is free from his chains. Now he's readying Naglfar, the Ship of the Dead, armed with a host of giants and zombies, to sail against the Norse gods and begin the final battle of Ragnarok.It's up to Magnus Chase and his friends to stop Loki's plans. Along the way, they will face angry sea gods, hostile giants, and an evil fire-breathing dragon. But Magnus's biggest challenge will be facing his own inner demons . . .