Pagina principala One, None and a Hundred Thousand 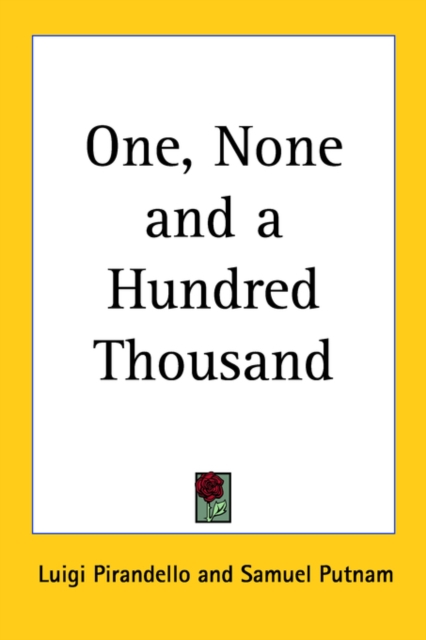 One, None and a Hundred Thousand

The great Pirandello's (1867-1936) 1926 novel, previously published here in 1933 in another translation, synthesizes the themes and personalities that illuminate such dramas as Six Characters in Search of an Author.

Vitangelo Moscarda ``loses his reality'' when his wife cavalierly informs him that his nose tilts to the right; suddenly he realizes that ``for others I was not what till now, privately, I had imagined myself to be,'' and that, consequently, his identity is evanescent, based purely on the shifting perceptions of those around him. Thus he is simultaneously without a self--``no one''--and the theater for myriad selves--``one hundred thousand.'' In a crazed search for an identity independent of others' preconceptions, Moscarda careens from one disaster to the next and finds his freedom even as he is declared insane.

It is Pirandello's genius that a discussion of the fundamental human inability to communicate, of our essential solitariness, and of the inescapable restriction of our free will elicits such thoroughly sustained and earthy laughter.