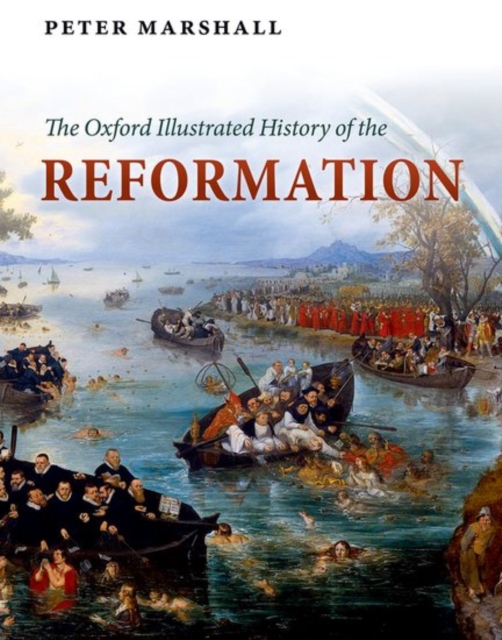 Oxford Illustrated History of the Reformation

The Reformation was a seismic event in history, whose consequences are still working themselves out in Europe and across the world. The protests against the marketing of indulgences staged by the German monk Martin Luther in 1517 belonged to a long-standing pattern of calls for internal reform and renewal in the Christian Church. But they rapidly took a radical and unexpected turn, engulfing first Germany and then Europe as a whole in furious arguments about how God's will was to be "saved".

However, these debates did not remain confined to a narrow sphere of theology. They came to reshape politics and international relations; social, cultural, and artistic developments; relations between the sexes; and the patterns and performances of everyday life. They were also the stimulus for Christianity's transformation into a truly global religion, as agents of the Roman Catholic Church sought to compensate for losses in Europe with new conversions in Asia and the Americas.

Covering both Protestant and Catholic reform movements, in Europe and across the wider world, this beautifully illustrated volume tells the story of the Reformation from its immediate, explosive beginnings, through to its profound longer-term consequences and legacy for the modern world. The story is not one of an inevitable triumph of liberty over oppression, enlightenment over ignorance. Rather, it tells how a multitude of rival groups and individuals, with or without the support of political power, strove after visions of "reform". And how, in spite of themselves, they laid the foundations for the plural and conflicted world we now inhabit.