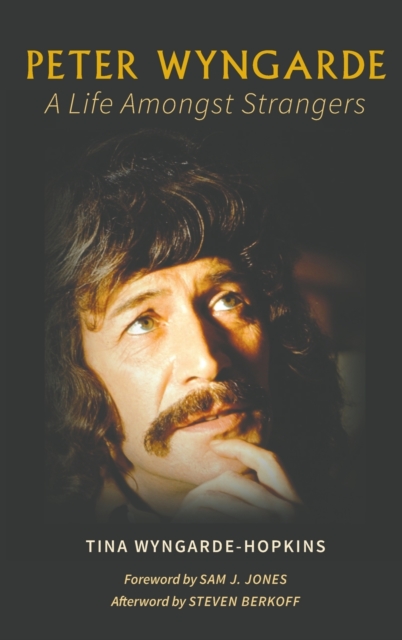 Peter Wyngarde: A Life Amongst Strangers

For the first time ever, the life story of one of the great television and style icons.

Peter Wyngarde: the name elicits memories of an actor with worldwide renown and instantly adhesive star quality, who was to hit his professional zenith via his starring roles in the smash hit TV series, Department S, and its equally successful spin-off, Jason King. However, when this imperial phase of his career took a downturn during the mid-1970s, he stoically dusted himself off and returned to the theatre—the scene of so many of his earliest triumphs. There he enjoyed continued success until a late-period revival came with the role of General Klytus in the 1980 blockbuster, Flash Gordon.

Ordinarily, this book would end there. The fact that it doesn’t reveals an unusual dichotomy: it splits Wyngarde’s life into two, almost equal, parts. From the late 1980s, the author came into his orbit as the long yearned-for, missing piece of the puzzle: namely a strong, dependable sounding board and, increasingly, his soulmate.

To those who have been content to view Wyngarde as a two-dimensional figure on a TV screen, or merely as the subject of media gossip, this book will come as a revelation—and no doubt a startling one, as it will shatter many long-held myths and preconceptions. And yet in spite of her closeness to the subject, the author has refused to place him on a pedestal: her exploration of his life and career is as honest as it is eye-opening. While she does not shy away from Wyngarde’s more difficult characteristics and painful life experiences, the thread running through the book is a story of love and devotion that is deeply touching and ultimately heart-wrenching.