Pagina principala 50 Things You Should Know About the Vikings 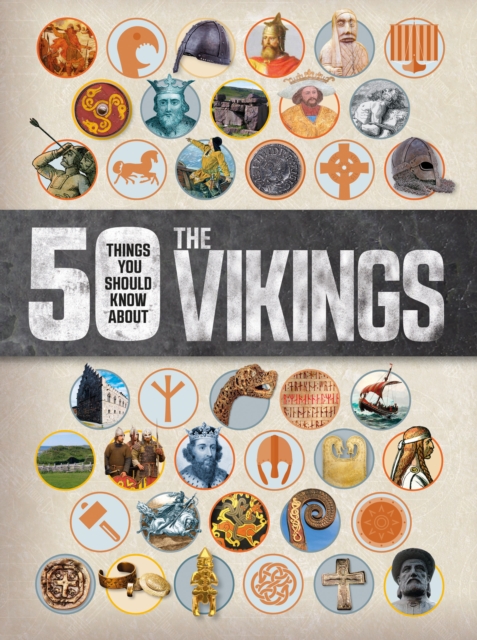 50 Things You Should Know About the Vikings

This book begins by exploring who these peoples were – and who they were not. For while there's no doubt that some Vikings launched bloodthirsty attacks in this period, pillaging communities and plundering treasure, many more were peaceful traders and settlers. The middle chapters deal with the Viking invasions and conquests of Anglo-Saxon lands that took place in the eighth and ninth centuries, as well as the great voyages of exploration that took these horned warriors out across the Atlantic Ocean to what are now Greenland and Canada. These chapters also go beyond the battles and adventures to look at the everyday life of the people, to examine how and what they traded, what Viking village life was like and how they made and sailed their famous long ships. The book concludes by summing up the Viking legacy through an examination of their art, culture, literature and enduring influence on the world.
AutorParker, Philip
EdituraQED Publishing
Dimensiuni197 x 256 x 8
Data Publicarii27/09/2017
Format Necartonata
Numar pagini80
Aceasta este o carte in limba engleza. Descrierea cartii (tradusa din engleza cu Google Translate) este in limba romana din motive legale.
Aceasta carte incepe prin explorarea cine erau aceste popoare - si cine nu erau. Desi nu exista nicio indoiala ca unii vikingi au lansat atacuri insetate de sange in aceasta perioada, jefuind comunitatile si jefuind comori, multi altii au fost comercianti si colonisti pasnici.
Ai adaugat 50 Things You Should Know About the Vikings in cosul de cumparaturi.