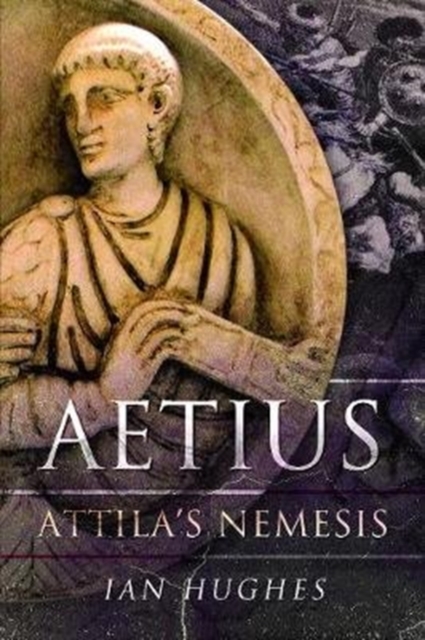 In AD 453 Attila, with a huge force composed of Huns, allies and vassals drawn from his already-vast empire, was rampaging westward across Gaul (essentially modern France), then still nominally part of the Western Roman Empire. Laying siege to Orleans, he was only a few days march from extending his empire from the Eurasian steppe to the Atlantic. He was brought to battle on the Cataluanian Plain and defeated by a coalition hastily assembled and led by Aetius.

Who was this man that saved Western Europe from the Hunnic yoke? While Attila is a household name, his nemesis remains relatively obscure. Aetius is one of the major figures in the history of the Late Roman Empire and his actions helped maintain the integrity of the West in the declining years of the Empire. During the course of his life he was a hostage, first with Alaric and the Goths, and then with Rugila, King of the Huns. His stay with these two peoples helped to give him an unparalleled insight into the minds and military techniques of these barbarians which he was to use in later years to halt the depredations of the Huns. That this savior of Rome was himself half Scythian is indicative of the complexity of the late Roman world.

Ian Hughes assesses his fascinating career and campaigns with the same accessible narrative and analysis he brought to bear on Belisarius and Stilicho. This is a long-overdue biography of a major, yet neglected, player in the Late Classical world.