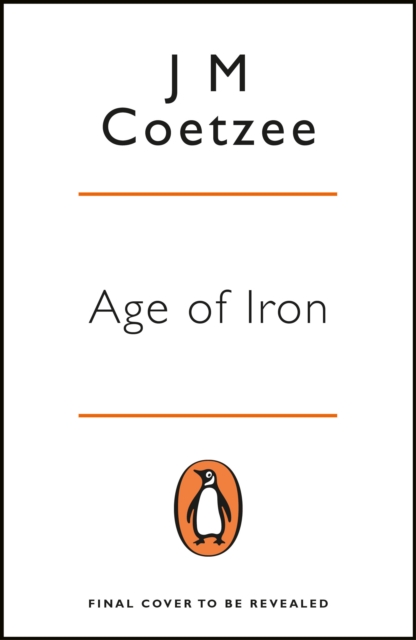 Nobel Laureate and two-time Booker prize-winning author of Disgrace, J. M. Coetzee tells the remarkable story of a nation gripped in brutal apartheid in Age of Iron. In Cape Town, South Africa, an elderly classics professor writes a letter to her distant daughter, recounting the strange and disturbing events of her dying days. She has been opposed to the lies and the brutality of apartheid all her life, but now she finds herself coming face to face with its true horrors: the hounding by the police of her servant's son, the burning of a nearby black township, the murder by security forces of a teenage activist who seeks refuge in her house. Through it all, her only companion, the only person to whom she can confess her mounting anger and despair, is a homeless man who one day appears on her doorstep. In Age of Iron, J. M. Coetzee brings his searing insight and masterful control of language to bear on one of the darkest episodes of our times. 'Quite simply a magnificent and unforgettable work' Daily Telegraph'A superbly realized novel whose truth cuts to the bone' The New York Times'A remarkable work by a brilliant writer' Wall Street Journal
AutorCoetzee, J. M.
EdituraPenguin Books Ltd
Dimensiuni163 x 130 x 14
Data Publicarii07/06/2018
Format Necartonata
Numar pagini208
Aceasta este o carte in limba engleza. Descrierea cartii (tradusa din engleza cu Google Translate) este in limba romana din motive legale.
Laureat Nobel si autor de doua ori premiat Booker al Disgrace, JM
Ai adaugat Age of Iron (Penguin Essentials) in cosul de cumparaturi.