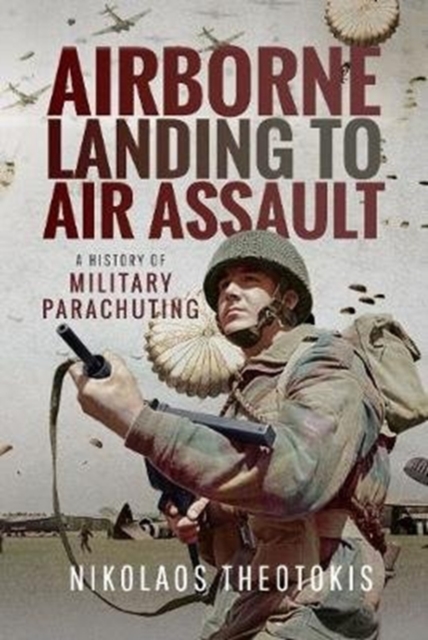 Many books have been written about military parachuting, in particular about famous parachute operations like Crete and Arnhem in the Second World War and notable parachute units like the British Parachute Regiment and the US 101st Airborne Division, but no previous book has covered the entire history of the use of the parachute in warfare. That is why Nikolaos Theotokis's study is so valuable.

He traces in vivid detail the development of parachuting over the last hundred years and describes how it became a standard tactic in twentieth century conflicts. As well as depicting a series of historic parachute operations all over the world, he recognizes the role of airmen in the story, for they were the first to use the parachute in warfare when they jumped from crippled airplanes in combat conditions.

Adapting the parachute for military purposes occurred with extraordinary speed during the First World War and, by the time of the Second World War, it had become an established technique for special operations and offensive actions on a large scale. The range of parachute drops and parachute-led attacks was remarkable, and all the most dramatic examples from the world wars and lesser conflicts are recounted in this graphic and detailed study. The role played by parachute troops as elite infantry is also a vital part of the narrative, as is the way in which techniques of air assault have evolved since the 1970s.