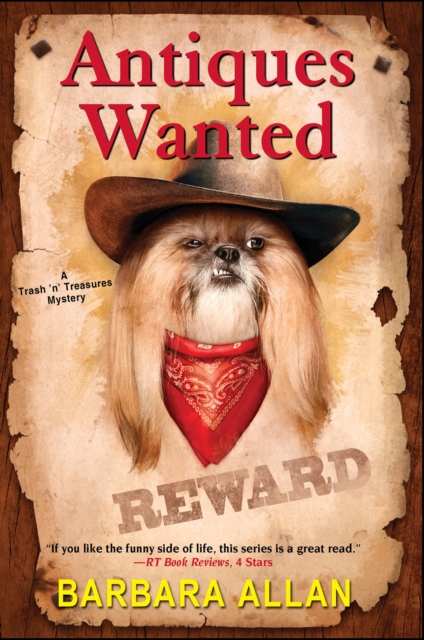 "If you like the funny side of life, this series is a great read."
--RT Book Reviews, 4 Stars

Spring lassoes small-town Serenity, as Brandy Borne's crime-bustin' mama Vivian hatches a harebrained scheme to run for County Sheriff--ropin' in her daughter to join the rodeo as campaign manager. As the two-woman posse tracks down voters at a local assisted-living home, Brandy's attempts at corralling Mother's impractical whims make her feel like a tinhorn on a bucking bronco. But sure as shootin', unhappy trails lie ahead. . . .

Shortly after the Borne gals receive a valuable signed photo of an old-timey cowboy actor from the elderly aunt of Vivian's political opponent, a massive explosion sends Brandy to the ER and auntie to the grave.

With a string of unexplained deaths turning Sunny Meadow into Boot Hill, the ditzy duo--aided by their clever shih tzu Sushi--must lay down the law on a deadly outlaw . . . before someone's elected the next victim, with the Bornes headin' toward their last round-up!