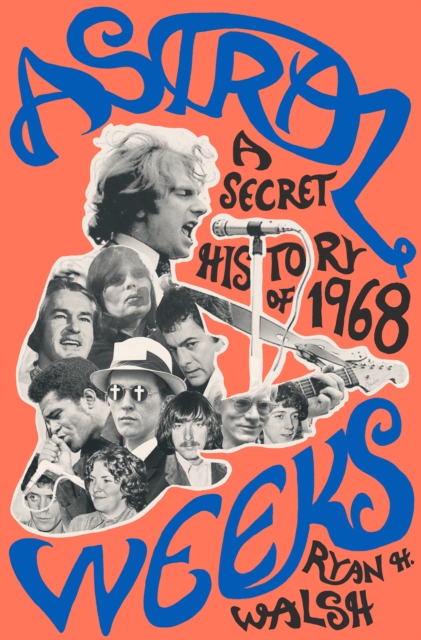 A mind-expanding dive into a lost chapter of 1968, featuring the famous and forgotten: Van Morrison, folkie-turned-cult-leader Mel Lyman, Timothy Leary, James Brown, and many more

Van Morrison's Astral Weeks is an iconic rock album shrouded in legend, a masterpiece that has touched generations of listeners and influenced everyone from Bruce Springsteen to Martin Scorsese. In his first book, acclaimed rock musician and journalist Ryan H. Walsh unearths the album's fascinating backstory--along with the untold secrets of the time and place that birthed it: Boston 1968.

On the 50th anniversary of that tumultuous year, Walsh's book follows a criss-crossing cast of musicians and visionaries, artists and "hippie entrepreneurs," from a young Tufts English professor who walks into a job as a host for TV's wildest show (one episode required two sets, each tuned to a different channel) to the mystically inclined owner of radio station WBCN, who believed he was the reincarnation of a scientist from Atlantis. Most penetratingly powerful of all is Mel Lyman, the folk-music star who decided he was God, then controlled the lives of his many followers via acid, astrology, and an underground newspaper called Avatar.

A mesmerizing group of boldface names pops to life in Astral Weeks James Brown quells tensions the night after Martin Luther King is assassinated; the real-life crimes of the Boston Strangler come to the movie screen via Tony Curtis; Howard Zinn testifies for Avatar in the courtroom. From life-changing concerts and chilling crimes, to acid experiments and hippie entrepreneurs, Astral Weeks is the secret, wild history of a unique time and place.