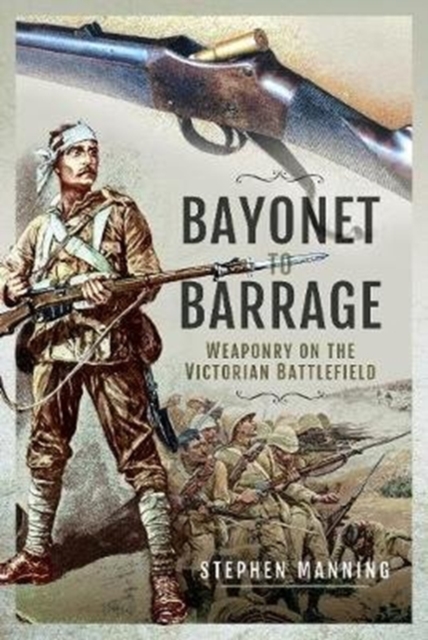 How did technical advances in weaponry alter the battlefield during the reign of Queen Victoria? In 1845, in the first Anglo-Sikh War, the outcome was decided by the bayonet; just over fifty years later, in the second Boer War, the combatants were many miles apart. How did this transformation come about, and what impact did it have on the experience of the soldiers of the period? Stephen Manning, in this meticulously researched and vividly written study, describes the developments in firepower and, using the first-hand accounts of the soldiers, shows how their perception of battle changed.

Innovations like the percussion and breech-loading rifle influenced the fighting in the Crimean War of the 1850s and the colonial campaigns of the 1870s and 1880s, in particular in the Anglo-Zulu War and the wars in Egypt and Sudan. The machine gun was used to deadly effect at the Battle of Omdurman in 1898, and equally dramatic advances in artillery took warfare into a new era of tactics and organization.

Stephen Manning's work provides the reader with an accurate and fascinating insight into a key aspect of nineteenth-century military history.