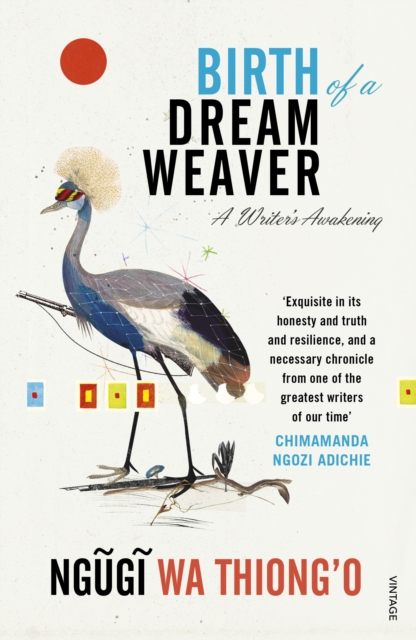 Birth of a Dream Weaver

Birth of a Dream Weaver charts the very beginnings of a writer’s creative output. In this wonderful memoir, Kenyan writer Ngugi wa Thiong’o recounts the four years he spent in Makerere University in Kampala, Uganda—threshold years where he found his voice as a playwright, journalist, and novelist, just as Uganda, Kenya, Congo, and other countries were in the final throes of their independence struggles.

James Ngugi, as he was known then, is haunted by the emergency period of the previous decade in Kenya, when his friends and relatives were killed during the Mau Mau Rebellion. He is also haunted by the experience of his childhood in a polygamous family and the brave break his mother made from his father’s home. Accompanied by these ghosts, Ngugi begins to weave stories from the fibers of memory, history, and a shockingly vibrant and turbulent present.