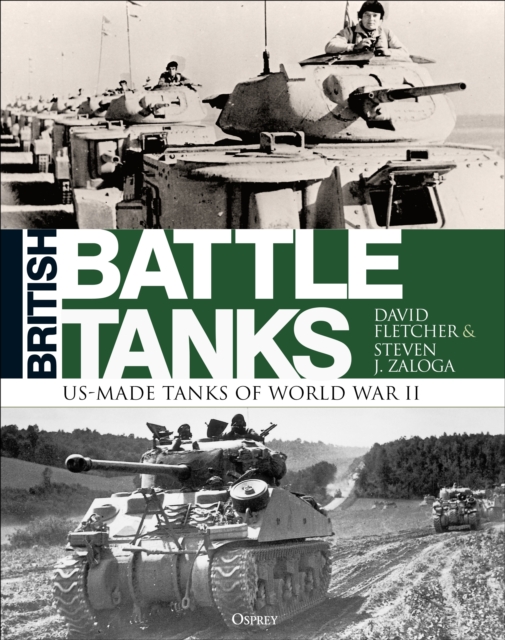 The idea of British soldiers using American tanks was not viewed with a great deal of enthusiasm by the British Army. They perceived American tanks as being crudely made, mechanically unsophisticated and impossible to fight in. However, once British crews got used to them and learned to cope with some of their difficulties, such as limited fuel capacity and unfamiliar fighting techniques, they started to see them in a far more positive light, in particular their innate reliability and simplicity of maintenance.

This book, the last in a three-part series on British Battle Tanks by armor expert David Fletcher, concentrates on World War II and studies American tanks in British service, some of which were modified in ways peculiar to the British. It shows how the number of these tanks increased to the point that they virtually dominated, as well describing some types, such as the T14 and M26 Pershing, that were supplied but never used in British service.