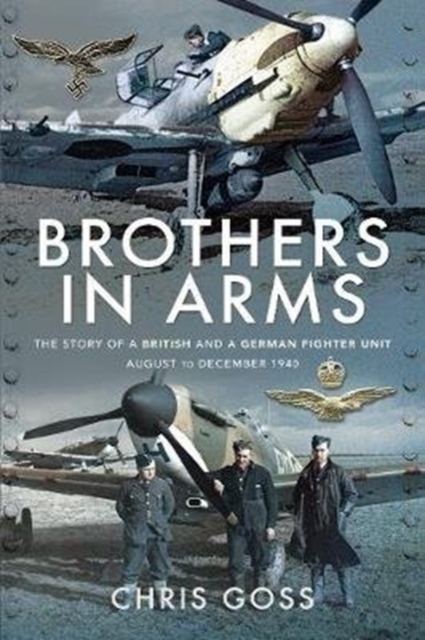 The unforgiving and deadly combats fought in the skies over the United Kingdom during the Battle of Britain were, in many respects, personal affairs - one man against another. These duels, and the emotions and stress they generated, are revealed in this day-to-day, blow-by-blow account of the part that two front line fighter units, one British and one German, played in the events of the summer of 1940.

This is the story of the Battle of Britain as seen through the eyes of the men of 609 (West Riding) Squadron, based in southern England, and 1/JG53, a Luftwaffe staffel based in northern France. The tense action of aerial combat and the relief felt by individual pilots surviving these encounters, the elation of a successful 'kill', or the tragedy of seeing a friend shot down, highlight the common fears felt by airmen on both sides of the fight.

We learn of exhausting, unremitting action, and days of frustrating weather-induced inactivity, along with those brief moments of leisure and pleasure grasped from the daily struggle for survival. What we also discover is that there was, in many regards, little difference in the experiences and reactions between the men defending king and country and those fighting for the F�hrer - creating a form of bond derived from those shared experiences, of indeed, brothers in arms.