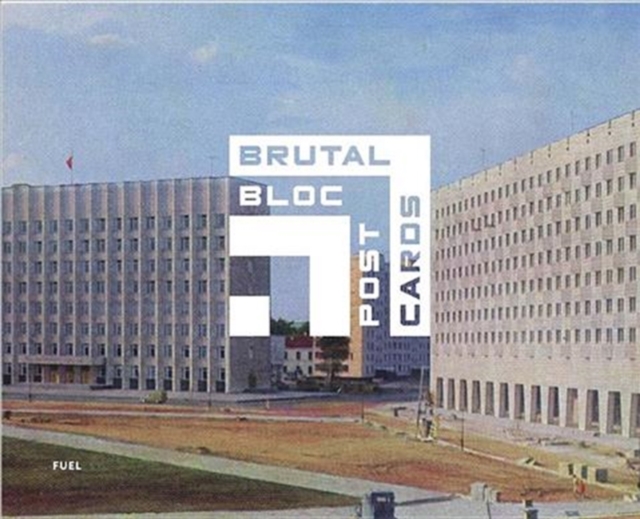 Brutal concrete hotels, futurist TV towers, heroic statues of workers--this collection of Soviet-era postcards documents the uncompromising landscape of the Eastern Bloc through its buildings and monuments. These are interspersed with quotes from prominent figures of the time, which both support and confound the ideologies presented in the images.

In contrast to the photographs of a ruined and abandoned Soviet empire we are accustomed to seeing today, the scenes depicted here publicize the bright future of communism: social housing blocks, palaces of culture and monuments to comradeship. Dating from the 1960s to the 1980s, they offer a nostalgic yet revealing insight into social and architectural values of the time, acting as a window through which we can examine cars, people and, of course, buildings. These postcards, sanctioned by the authorities, were intended to show the world what living in communism looked like.

Instead, this postcard propaganda inadvertently communicates other messages: outside the House of Political Enlightenment in Yerevan, the flowerbed reads "Glory to the Communist Party of the Soviet Union"; in Novopolotsk, art-school pupils paint plein air, their subject a housing estate; at the Irkutsk Polytechnic Institute students stroll past a 16-foot-tall concrete hammer and sickle. These postcards are at once sinister, funny, poignant and surreal.