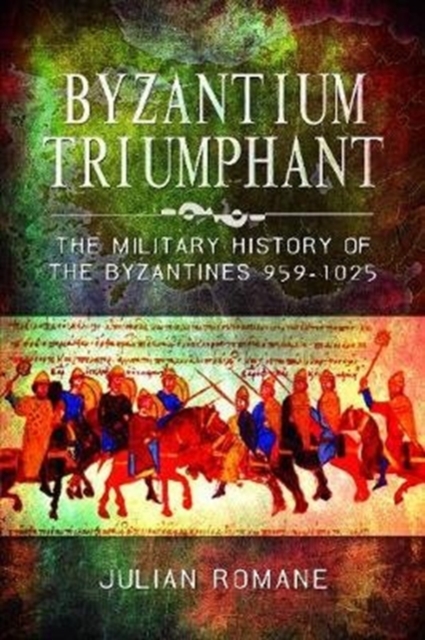 Byzantium Triumphant describes in detail the wars of the Byzantine emperors Nicephorus II Phocas, his nephew and assassin John I Tzimiskes, and Basil II. The operations, battles and drama of their various bitter struggles unfold, depicting the new energy and improved methods of warfare developed in the late tenth century.

These emperors were at war on all fronts, fighting for survival and dominance against enemies including the Arab caliphates, Bulgars (Basil II was dubbed by later authors the Bulgar Slayer) and the Holy Roman Empire, not to mention dealing with civil wars and rebellions. Julian Romane's careful research, drawing particularly on the evidence of Byzantine military manuals, allows him to produce a gripping narrative underpinned by a detailed understanding of the Byzantine tactics, organization, training and doctrine.

While essentially a military history, there is, inevitably with the Byzantine emperors, a healthy dose of court intrigue, assassination and political skullduggery too.