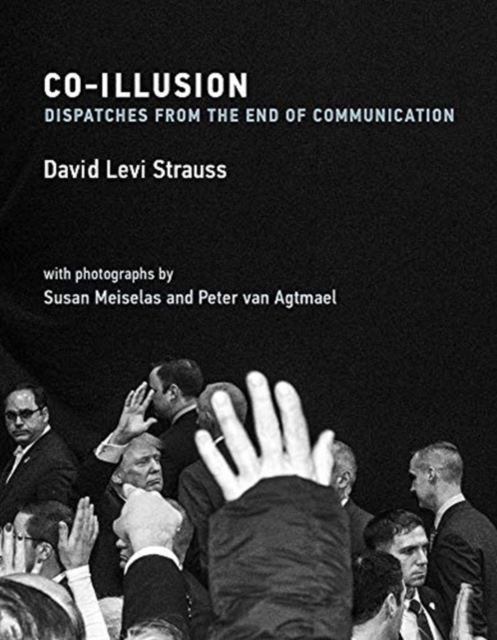 Reports from America's political crisis, exposing a new "iconopolitics," in which words and images lose their connection to reality.

The political crisis that sneaked up on America--the rise of Trump and Trumpism--has revealed the rot at the core of American exceptionalism. Recent changes in the way words and images are produced and received have made the current surreality possible; communication through social media, by design, maximizes attention and minimizes scrutiny. In Co-Illusion, the noted writer on art, photography, and politics David Levi Strauss bears witness to the new "iconopolitics" in which words and images lose their connection to reality. The collusion that fueled Trump's rise was the secret agreement of voters and media consumers--their "co-illusion"--to set aside the social contract.

Strauss offers dispatches from the epicenter of our constitutional earthquake, writing first from the 2016 Democratic and Republican conventions and then from the campaign. After the election, he switches gears, writing in the voices of the regime and of those complicit in its actions--from the thoughts of the President himself ("I am not a mistake. I am not a fluke, or a bug in the system. I am the System") to the reflections of a nameless billionaire tech CEO whose initials may or may not be M. Z. Finally, Strauss shows us how we might repair the damage to the public imaginary after Trump exits the scene. Photographs by celebrated documentary photographers Susan Meiselas and Peter van Agtmael accompany the texts.