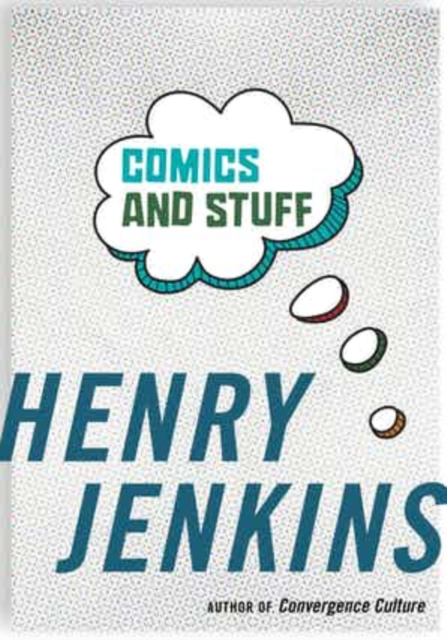 Considers how comics display our everyday stuff--junk drawers, bookshelves, attics--as a way into understanding how we represent ourselves now

For most of their history, comics were widely understood as disposable--you read them and discarded them, and the pulp paper they were printed on decomposed over time. Today, comic books have been rebranded as graphic novels--clothbound high-gloss volumes that can be purchased in bookstores, checked out of libraries, and displayed proudly on bookshelves. They are reviewed by serious critics and studied in university classrooms. A medium once considered trash has been transformed into a respectable, if not elite, genre.

While the American comics of the past were about hyperbolic battles between good and evil, most of today's graphic novels focus on everyday personal experiences. Contemporary culture is awash with stuff. They give vivid expression to a culture preoccupied with the processes of circulation and appraisal, accumulation and possession. By design, comics encourage the reader to scan the landscape, to pay attention to the physical objects that fill our lives and constitute our familiar surroundings. Because comics take place in a completely fabricated world, everything is there intentionally. Comics are stuff; comics tell stories about stuff; and they display stuff.

When we use the phrase "and stuff" in everyday speech, we often mean something vague, something like "etcetera." In this book, stuff refers not only to physical objects, but also to the emotions, sentimental attachments, and nostalgic longings that we express--or hold at bay--through our relationships with stuff.

In Comics and Stuff, his first solo authored book in over a decade, pioneering media scholar Henry Jenkins moves through anthropology, material culture, literary criticism, and art history to resituate comics in the cultural landscape. Through over one hundred full-color illustrations, using close readings of contemporary graphic novels, Jenkins explores how comics depict stuff and exposes the central role that stuff plays in how we curate our identities, sustain memory, and make meaning. Comics and Stuff presents an innovative new way of thinking about comics and graphic novels that will change how we think about our stuff and ourselves.