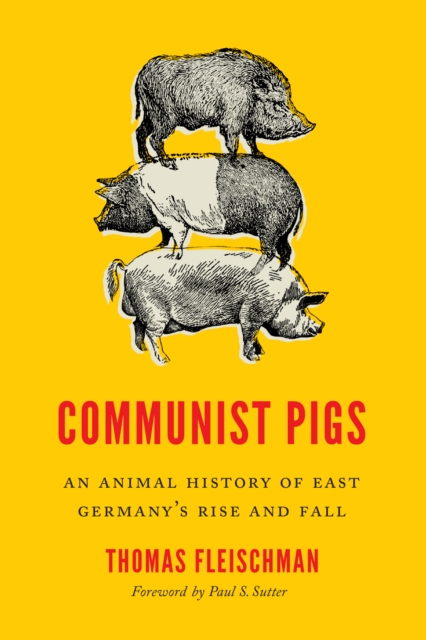 The pig played a fundamental role in the German Democratic Republic's attempts to create and sustain a modern, industrial food system built on communist principles. By the mid-1980s, East Germany produced more pork per capita than West Germany and the UK, while also suffering myriad unintended consequences of this centrally planned practice: manure pollution, animal disease, and rolling food shortages.

The pig is an incredibly adaptive animal, and historian Thomas Fleischman uncovers three types of pig that played roles in this history: the industrial pig, remade to suit the conditions of factory farming; the wild boar, whose overpopulation was a side effect of agricultural development rather than a conservation success story; and the garden pig, reflective of the regime's growing acceptance of private, small-scale farming within the planned economy.

Fleischman chronicles East Germany's journey from family farms to factory farms, explaining how communist principles shaped the adoption of industrial agriculture practices. More broadly, Fleischman argues that agriculture under communism came to reflect standard practices of capitalist agriculture, and that the pork industry provides a clear illustration of this convergence. His analysis sheds light on the causes of the country's environmental and political collapse in 1989 and offers a warning about the high cost of cheap food in the present and future.