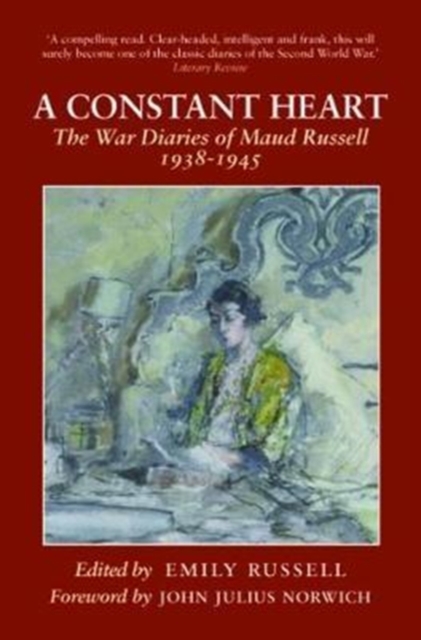 The publication of Maud Russell’s diaries is of considerable importance. Few diaries covering the Second World War remain unpublished, even less weave together so many strands; politics, art, high society, wartime life on a country estate, the unfolding drama of the war itself – the last brought into even sharper focus by Maud’s struggle to help her Jewish relatives flee Nazi Germany.
Together with her husband Gilbert, Maud’s principal home was Mottisfont Abbey in Hampshire, described by John Julius Norwich in his foreword as ‘the most desirable house in England’, and which she later gave to the National Trust. The daughter of German immigrants, Maud was an outsider who owed her place in society to her wealth and marriage. To many she was an enigma, but the diaries reveal a woman of strong emotion with an immense appetite for life.
The opening entries alone hint at the riches that lie ahead. There is a meeting in Paris with Matisse (who  painted her), an anxious visit to Cologne, the commissioning of Rex Whistler to decorate the ‘big room’ at Mottisfont, and a deepening intimacy with Ian Fleming, almost certainly her lover – as in due course was the Russian mosaic artist Boris Anrep, whom she shared with his common-law wife.
Yet despite Maud’s determination to forge a new life after Gilbert’s death in 1942, she was steadfast in her commitments, blessed with an unswerving sense of right and wrong, and loyal to her friends. And the list of those friends is to call the roll on British political and artistic life in the mid-twentieth century, many of whom are brought vividly to life in diaries which, until now, have remained private and unpublished.