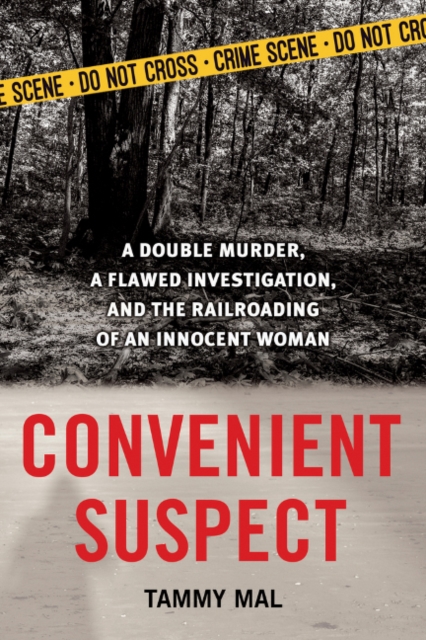 On Thursday, December 15, 1994, Joann Katrinak and her three-month-old son, Alex, went missing from their Catasauqua, Pennsylvania, home. Four months later, when their bodies were found in a lonely patch of woods, the police would launch a three-year investigation leading to the arrest of Patricia Lynne Rorrer—a young mother who had never met either victim—as the monster responsible. In Pennsylvania’s first use of mitochondrial DNA in a criminal case, Patricia Rorrer was quickly tried, convicted, and sentenced to life in prison without parole. But did the jury make the right decision? Is Patricia Rorrer truly guilty? As new evidence continues to surface, including allegations of evidence tampering, that question requires an answer even more.

With a subject matter and storytelling style reminiscent of the hit podcast Serial, Convenient Suspect will keep readers on the edge of their seats. The book reveals information never before made public—information gathered directly from more than 10,000 official documents, including Pennsylvania State Police reports, FBI files, forensic lab results, and the 6,500-page trial transcript. After four years of intensive research, countless interviews with those involved, and hundreds of letters, phone calls, and personal visits with Patricia Rorrer, the truth about the evidence used to convict her can finally be revealed.