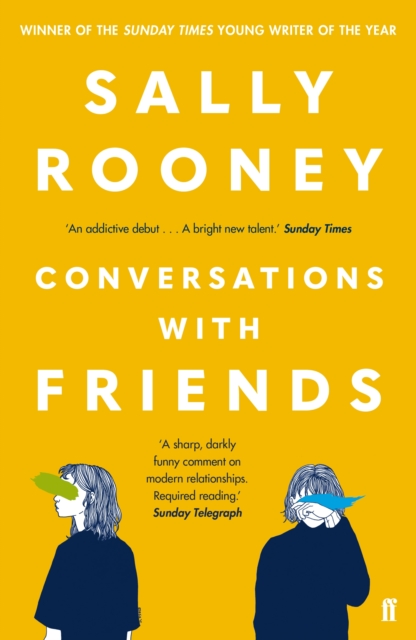 FROM THE AUTHOR OF NORMAL PEOPLECONVERSATIONS WITH FRIENDS WILL BE ADAPTED FOR A BBC THREE DRAMA, PREMIERING IN 2022!

'This book. This book. I read it in one day. I hear I'm not alone.' - Sarah Jessica Parker (Instagram)

A sharply intelligent novel about two college students and the strange, unexpected connection they forge with a married couple.

Frances is twenty-one years old, cool-headed, and darkly observant. A college student and aspiring writer, she devotes herself to a life of the mind--and to the beautiful and endlessly self-possessed Bobbi, her best friend and comrade-in-arms. Lovers at school, the two young women now perform spoken-word poetry together in Dublin, where a journalist named Melissa spots their potential. Drawn into Melissa's orbit, Frances is reluctantly impressed by the older woman's sophisticated home and tall, handsome husband. Private property, Frances believes, is a cultural evil--and Nick, a bored actor who never quite lived up to his potential, looks like patriarchy made flesh. But however amusing their flirtation seems at first, it gives way to a strange intimacy neither of them expect. As Frances tries to keep her life in check, her relationships increasingly resist her control: with Nick, with her difficult and unhappy father, and finally even with Bobbi. Desperate to reconcile herself to the desires and vulnerabilities of her body, Frances's intellectual certainties begin to yield to something new: a painful and disorienting way of living from moment to moment.

Written with gem-like precision and probing intelligence, Conversations With Friends is wonderfully alive to the pleasures and dangers of youth.