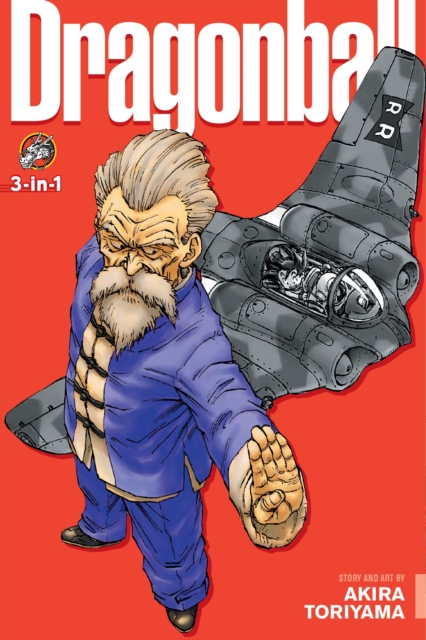 Dragon Ball introduces a young monkey-tailed boy named Goku (a wry update of the classic Chinese "Monkey King" legend), whose quiet life changes when he meets a girl named Bulma who is on a quest to collect seven "Dragon Balls." If she gathers them all, an incredibly powerful dragon will appear and grant her one wish. But the precious orbs are scattered all over the world, and Bulma could use the help of a certain super-strong boy...

Son Goku has made it to the Tenka’ichi Budokai, the world’s number-one martial arts tournament, where the competitors vie for the title of “Strongest Under the Heavens.” Goku may have strength on his side, but even the training of martial arts master Kame- Sen’nin hasn’t prepared him for what he’s about to face.

Only seven finalists remain, each with their own special moves. Will the champion be Goku? His fellow student Kuririn? Yamcha, the master of “Fist of the Wolf Fang”? Fighting woman Ran Fuan? Giran, a rubbery monster who’s part dinosaur? Namu, an Indian mystic? Or Jackie Chun, the mysterious old man who may be the toughest fighter of all?