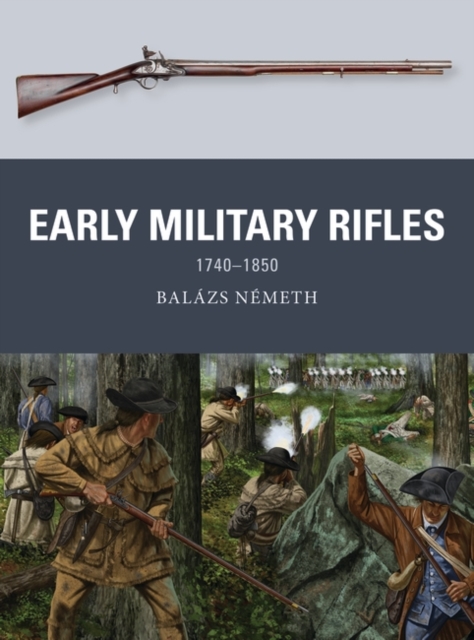 Fully illustrated with specially commissioned artwork, this fascinating study investigates the rifled firearms employed by European and American forces in the 18th and early 19th centuries, from the American long rifle to the British Baker rifle and beyond.

The conduct of combat operations in open order during the 18th and 19th centuries required an improved firearm with more accuracy than the standard-issue smoothbore infantry musket. Consequently, the appearance of a new type of regular light infantry soldier and an innovative military firearm, the rifle, marked a new age in the history of warfare. During the 18th century both Austria and Prussia fielded light troops armed with rifled firearms, while conflicts in North America involved the deadly long rifle and the innovative Ferguson breech-loader. Rifle-armed specialists also fought for several nations during the Napoleonic Wars.

However, it was the decades after 1815 that saw the appearance of successful rifled percussion firearms, paving the way for the widespread issue of rifled weapons. This development was accelerated by the Prussian adoption of the Dreyse “needle gun” in 1848 and in 1849, the French Minié rifle was the first successful conical ball rifle concept to be issued to regular troops in large numbers. Illustrated throughout with stunning full-color artwork, this study charts the development, combat use, influence, and legacy of rifled firearms in a host of conflicts, from the War of the Austrian Succession of 1740–48 to the Mexican-American War of 1846–48.