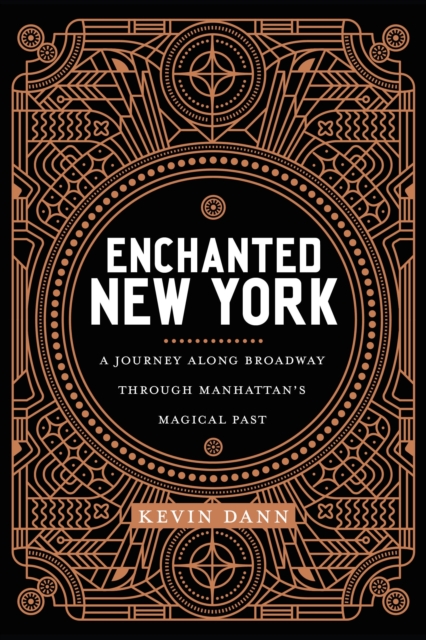 Manhattan has a pervasive quality of glamour--a heightened sense of personality generated by a place whose cinematic, literary, and commercial celebrity lends an aura of the fantastic to even its most commonplace locales. Enchanted New York chronicles an alternate history of this magical isle. It offers a tour along Broadway, focusing on times and places that illuminate a forgotten and sometimes hidden history of New York through site-specific stories of wizards, illuminati, fortune tellers, magicians, and more.

Progressing up New York's central thoroughfare, this guidebook to magical Manhattan offers a history you won't find in your Lonely Planet or Fodor's guide, tracing the arc of American technological alchemies--from Samuel Morse and Robert Fulton to the Manhattan Project--to Mesmeric physicians, to wonder-working Madame Blavatsky, and seers Helena Roerich and Alice Bailey. Harry Houdini appears and disappears, as the world's premier stage magician's feats of prestidigitation fade away to reveal a much more mysterious--and meaningful--marquee of magic.

Unlike old-world cities, New York has no ancient monuments to mark its magical adolescence. There is no local memory embedded in the landscape of celebrated witches, warlocks, gods, or goddesses--no myths of magical metamorphoses. As we follow Kevin Dann in geographical and chronological progression up Broadway from Battery Park to Inwood, each chapter provides a surprising picture of a city whose ever-changing fortunes have always been founded on magical activity.