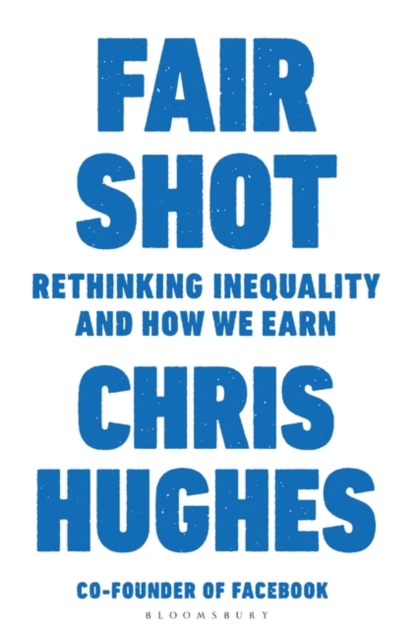 Facebook co-founder Chris Hughes makes the case that one percenters like him should pay their fortune forward in a radically simple way: a guaranteed income for working people.

Chris Hughes helped launch Facebook with Harvard roommates Mark Zuckerberg and Dustin Moskovitz. He earned nearly half a billion dollars for three years of work and believes his overnight success is indicative of what's wrong with today’s economy. Tracing the rise of Facebook and similar companies, he exposes the specific economic forces that create today’s economic unfairness and lays out a plan to rein them in.

Offering a blunt assessment of how he made his fortune, Hughes makes an impassioned argument for a simple, big idea whose time has come: a guaranteed income for all working people. Technology is scrambling what “having a job” means, requiring us to rethink how we provide economic opportunity to working people. Hughes’s definition of workers includes women and men who stay home to take care of children and the elderly, individuals in the emerging gig economy, and students. Citing a growing body of work in the United States and internationally, he documents how effective cash stipends are at improving health and education outcomes, contributing to the economic security of American workers and, ultimately, helping us to find a way out of our current economic malaise.

Americans of all stripes are ready to rethink how our economy works. In this short and inspiring book, Chris Hughes joins them in the search for a new definition of work and a new way of earning that gives everyone a “Fair Shot.