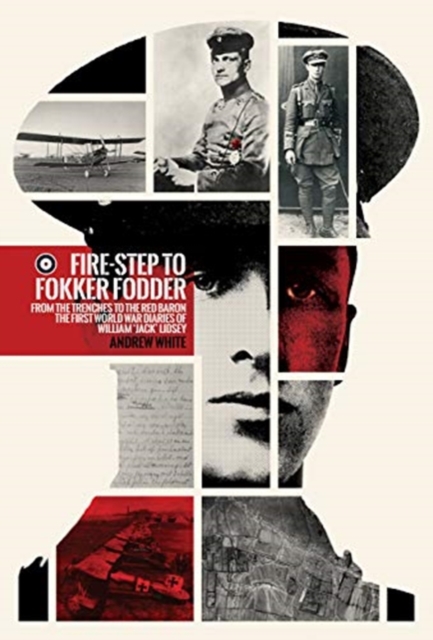 Jack Lidsey was one of the first to volunteer during the Great War, enlisting as a private soldier in his local regiment, the Oxfordshire and Buckinghamshire Light Infantry, in August 1914. He was sent to the Ypres Salient in March 1915, experiencing trench warfare around Ploegsteert Wood before moving south to the Somme in France. Lidsey was sent home for commissioning early in 1916, re-joining his battalion as a Second Lieutenant just in time for the Somme offensive of that summer. Time and again, he led his platoon into hails of enemy machine-gun fire, grenade and artillery attacks around Pozi�res, where the Oxfordshires took horrendous casualties. By any measure, Jack was lucky to survive, and in November 1916 he decided to try a different approach to warfare - from the air.

Jack joined the Royal Flying Corps as an observer with No. 16 Squadron, flying the outdated BE2, and was immediately plunged into aerial combat in the skies above the Western Front. His squadron suffered severe losses in the run-up to the Arras offensive of 1917, many at the hands of two of Germany's great aces, Werner Voss and Manfred von Richthofen, the Red Baron. Lidsey himself fought von Richthofen and survived, until, on another fateful occasion, the Red Baron claimed him as his 29th victim.

Jack kept a detailed diary for the whole two years of his war, from going overseas until the day before his death. His descriptions of conditions in the trenches and of the fighting he experienced are vivid and compelling. Andrew White's Fire-step to Fokker Fodder is based on Jack's journal and includes numerous previously unpublished photographs, offering a unique personal insight into life and death on the Western Front, both in the trenches and in the air.