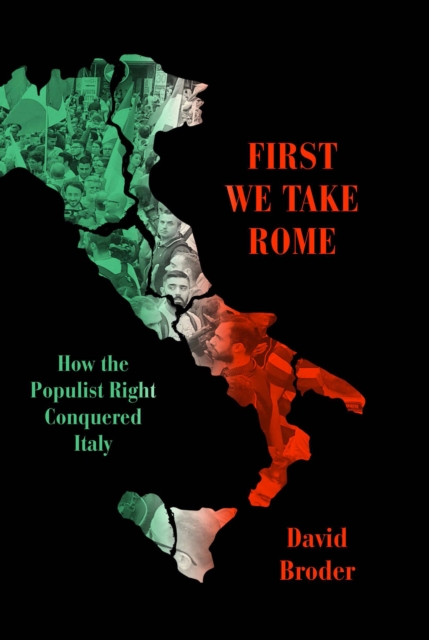 It is difficult for Italians to have much faith in the future. The last Labour Minister said it was a good thing if young people emigrated, to stop them 'getting under our feet;' one recent Prime Minister said that young Italians should not invest their hopes in securing a stable job, for that would be 'boring, ' anyway. Examining Italy's history since the end of the Cold War, First We Take Rome argues that its dismal situation should not be understood in terms of a stereotyped narrative of Italian chaos or backwardness. In a country that could once boast Europe's strongest Left, Italy today epitomises the crisis of democracy in the West.

The scandals of Silvio Berlusconi's rule, the pervasive corruption of public life and sky-high youth unemployment are indicators of a particularly sick society. Yet what is also apparent is the difficulty of any new force emerging to renew Italy's institutions, as its atomised citizens lose hope in political change.

What has broken apart in Italy is not just its once-mighty Left but the very bases of social solidarity. The parties of the 1990s and 2000s directly express the social demolition wrought by neoliberalism, as isolated and endangered individuals face the consequences of the crisis alone. Not this or that political party, but public life itself, is in full-scale collapse