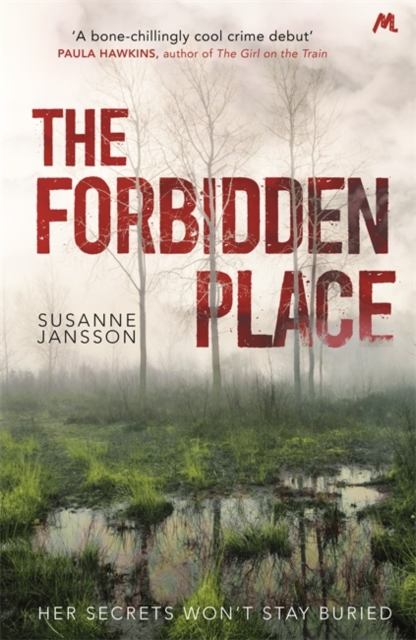 In peat bogs across Northern Europe, people of the Iron Age buried their sacrifices to the Gods. Even human sacrifices. The unique ecology of the wetlands slows the decomposition process, ensuring that bodies become preserved as eerie time capsules. Folklore has it that souls buried in a mire never come to rest, but rather haunt the living and hunger after new victims. But this is only superstition, ghost stories of ancient lore. Or is it?

A young scientist named Nathalie comes to a mire in rural Sweden to conduct field experiments for her doctoral thesis in biology. But soon it becomes clear that her reasons for being there are deeply personal. Nathalie grew up in the area and left when a horrible tragedy befell her family. She is afraid of the mire but also drawn to it by some invisible force, and what she knows of the secrets it harbors goes far beyond science. One night, when an autumn storm blows in, Nathalie’s misgivings drive her out to the mire where she finds a man unconscious, his pockets filled with coins. Nearby, she discovers a makeshift grave.

Internationally recognized photo artist Maya Linde moonlights as a police photographer and is sent to photograph the scene where the young man was found. Back in her studio, she notices a figure in the background of the photos, someone who appears to be trying to hide from her lens. Who was watching her out on the mire? Maya isn’t the type to get scared off by threats. Instead, under the guise of a new art project, she begins a rogue investigation that brings her close to the haunted history of the bog and the oddballs who populate the area.

When Maya discovers a body buried in the mire dating back to much more recent times, a hunt begins for what turns out to be a sly serial killer who has buried victims underfoot for over a decade. The small community around the mire closes in on itself and its secrets while the police race to solve a series of crimes far beyond their small-town experience.

As Maya becomes more and more entrenched in the strange things happening out in the bog, Nathalie gathers courage to confront the buried horrors of her past. Both women are propelled through memory and the watery depth of the mire toward shocking discoveries. Past and present, lore and reality converge in this atmospheric mystery about to what dark ends grief can drive people.

Set in a world reminiscent of cult television series True Detective, and told with a narrative style reminiscent of both Tana French’s In the Woods and Johan Theorin’s Öland Quartet, debut author Susanne Jansson weaves a tale that is as much about the stories we tell ourselves to survive, as it is about what may drive ordinary people to kill.