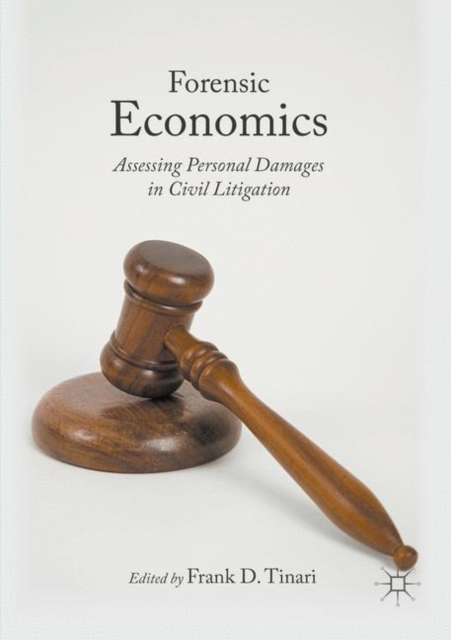 This book is an introduction to the emerging field of forensic economics, or how civil litigation determines financial compensation. Economic damages or losses are claimed within a wide array of civil law cases. Civil law is subdivided into sub-fields such as death and injury, breach of contract, lost profits, employment discrimination, and the like. Each of these types of cases is governed both by legislated rules (statutes) and the findings of case law. Numerous differences in methods and scope form the legal landscape from state to state. In federal and state courts in the United States, as well as in other nations, when one party sues another based on allegations that harm was done as a result of the actions of the other party, the suing party is required not only to prove that the harm was, indeed, caused by the other party, but also to claim and demonstrate that a specified dollar value represents just compensation for the harm. Aimed at both practitioners and theorists, the original articles and essays in the edited collection are written by nationally recognized and widely published forensic experts. Its strength is in showcasing theories, methods and measurements as they differ in a variety of cases and will exposes forensic economists to a wide range of situations. While forensic economists would not typically be involved in the proof-of-causation stage of a litigated matter, they are often called upon to evaluate, measure and opine on the degree of economic loss that is alleged to have occurred. In addition, the volume will show how economists must become thoroughly familiar with the accepted methods and sources in the field as developed in the forensic economics literature. Just as important is the ability to apply one's trade in an ethical and professional manner. Finally, the solo practitioner must acquire skills in operating a small business. The book would be of great interest to practicing economic damages experts includes CPAs who do damages calculations. It would also be of interest to law firms who specialize in litigation and provide a practical guide of the legal parameters that guide the methods and measurements of economic loss. - - - -
Autor
EdituraPalgrave Macmillan
Dimensiuni210 x 148
Data Publicarii31/01/2019
Format Necartonata
Numar pagini327
Aceasta este o carte in limba engleza. Descrierea cartii (tradusa din engleza cu Google Translate) este in limba romana din motive legale.
Aceasta carte este o introducere in domeniul emergent al economiei medico-legale sau modul in care litigiile civile determina compensarea financiara. Daunele sau pierderile economice sunt solicitate intr-o gama larga de cauze de drept civil.
Ai adaugat Forensic Economics in cosul de cumparaturi.