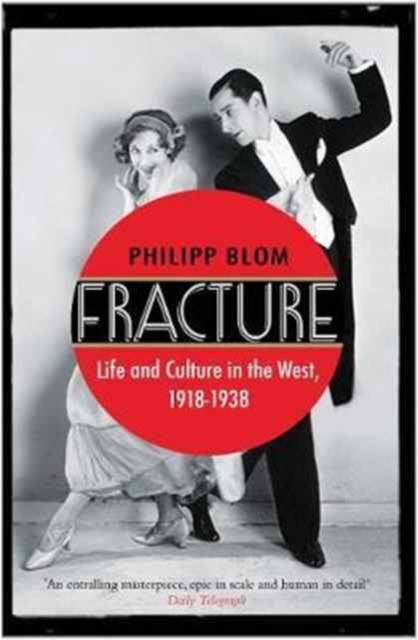 At the end of the First World War, the West was traumatized, impoverished, and facing a geopolitically uncertain future.

In "Fracture: Life and Culture in the West, 1918-1938", critically acclaimed historian Philipp Blom argues that, amid this uncertainty, Europeans and Americans directed their energies inwards toward aesthetic and intellectual self-discovery. Europe produced strange new brands of art, science, and spirituality—such as Surrealism and Art Deco—while flocking to exciting but dangerous new ideologies including communism and fascism. In America, the Harlem Renaissance marked the flourishing of black culture, and flappers sparked new thinking about the place of women in society. Yet undercurrents of racial and class conflict were pronounced, fueled by immigration quotas and the poverty of the Dust Bowl.

"Fracture: Life and Culture in the West, 1918-1938" is a sweeping evocation of the tumultuous interwar period, and the sublime cultural movements and terrifying ideologies it spawned.