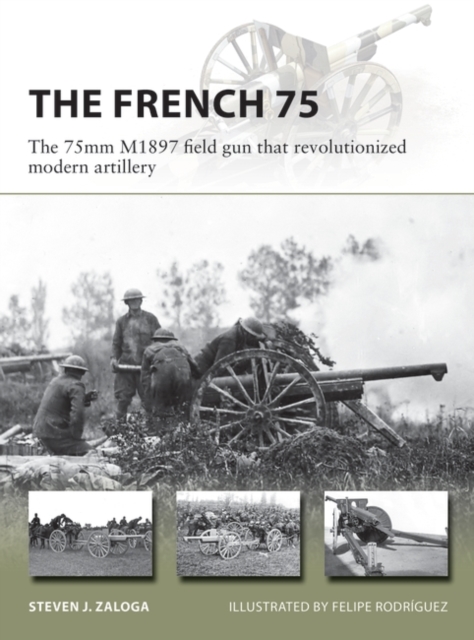 This is the first English-language history of the legendary French 75mm field gun, which revolutionized artillery firepower and helped save France in 1914.

The "Soixante-quinze," France's legendary 75mm Modele 1897, was the first modern field gun, pioneering several critical innovations in field artillery designs, including a fast action breech and a soft recoil system. Although some of these features had been incorporated into earlier guns, the 75mm M1897 integrated them into a superior, lightweight field gun.

The 75mm M1897 earned its reputation in the Great War, forming the backbone of French field artillery. It was widely distributed to Allied armies, including the American Expeditionary Forces and was also widely exported after World War I around the globe. It was manufactured under license in numerous countries, including the United States, which used the gun in its initial Pacific campaigns. Due to its modernity and sound design, the 75mm remained in service well into World War II. It was used by the French, Polish and other armies in the Blitzkrieg campaigns of 1939-1940 and thousands were captured by the German Army in 1940 and used for coastal defense. Surprisingly, many were also converted into a very effective antitank gun, the PaK 97/38. These weapons lingered in service after World War II, though by this time, they were largely obsolete.

This fascinating book explores the history of the 75mm Modele 1897 in detail, from its design and development to its deployment around the world. The text is supported by stunning, specially commissioned artwork including three-dimensional views of the gun and its variants.