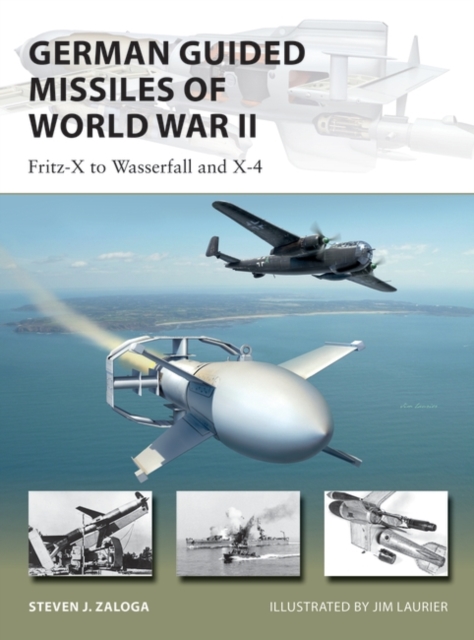 A detailed guide to German missile technology in the World War II period, including the development of some of the world's first guided missiles and the influence of German missile designs in the postwar era.

Although not as well-known as the V-1 buzz bomb and the V-2 missile, the first German missiles to see combat were antiship missiles, the Henschel Hs.293 guided missile and the Fritz-X guided bomb. These began to see extensive combat in the Mediterranean in 1943. In their most famous use, the Italian battleship Roma was sunk by Fritz-X attack in September 1943 when Italy attempted to switch sides. The serious threat posed by these missiles led to a vigorous but little known "Wizard War" by the Allies to develop electronic counter-measures, the first effort of its kind.

Besides the antiship missiles, the other major category of German missiles were the air-defense missiles. Germany suffered extremely heavy losses from Allied strategic bombing attacks, and German fighter and flak defenses proved increasingly unsuccessful. As a result, the Luftwaffe began an extensive program to deploy several families of new air defense missiles to counter the bomber threat, including the Wasserfal, Schmetterling, and others. This book traces the origins of these missile program and examines their development and use in combat. With full-color illustrations and detailed explorations of the stories behind the missiles, this study offers a comprehensive overview of German guided missiles in the World War II era.