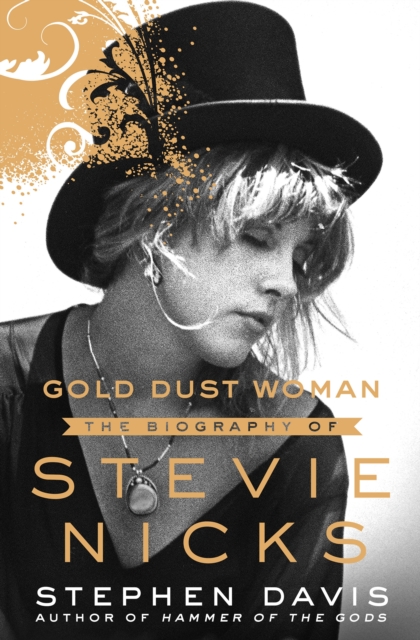 Stevie Nicks is a legend of rock, but her energy and magnetism sparked new interest in this icon. At sixty-nine, she's one of the most glamorous creatures rock has known, and the rare woman who's a real rock 'n' roller.

Gold Dust Woman gives "the gold standard of rock biographers" (The Boston Globe) his ideal topic: Nicks' work and life are equally sexy and interesting, and Davis delves deeply into each, unearthing fresh details from new, intimate interviews and interpreting them to present a rich new portrait of the star. Just as Nicks (and Lindsey Buckingham) gave Fleetwood Mac the "shot of adrenaline" they needed to become real rock stars--according to Christine McVie--Gold Dust Woman is vibrant with stories and with a life lived large and hard:
--How Nicks and Buckingham were asked to join Fleetwood Mac and how they turned the band into stars
--The affairs that informed Nicks' greatest songs
--Her relationships with the Eagles' Don Henley and Joe Walsh, and with Fleetwood himself
--Why Nicks married her best friend's widower
--Her dependency on cocaine, drinking and pot, but how it was a decade-long addiction to Klonopin that almost killed her
-- Nicks' successful solo career that has her still performing in venues like Madison Square Garden
--The cult of Nicks and its extension to chart-toppers like Taylor Swift and the Dixie Chicks