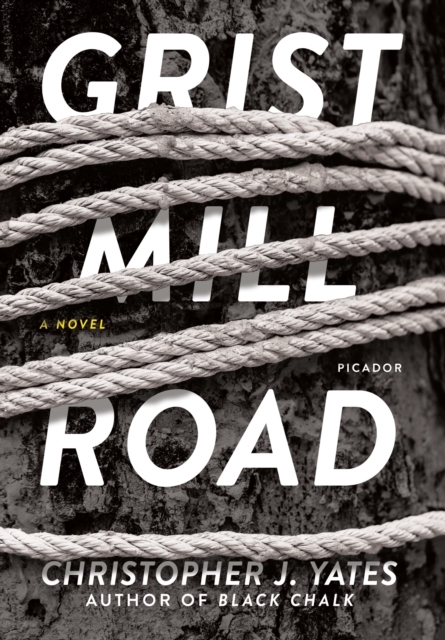 The highly anticipated new novel from the author whose debut was called "The smart summer thriller you've been waiting for...The novel you should be reading tonight" (NPR's All Things Considered) and was named a Book of the Year by NPR and an Entertainment Weekly Must-List Pick

Christopher J. Yates's cult hit Black Chalk introduced that rare writerly talent: a literary writer who could write a plot with the intricacy of a brilliant mental puzzle, and with characters so absorbing that readers are immediately gripped. Yates's new book does not disappoint.

Grist Mill Road is a dark, twisted, and expertly plotted Rashomon-style tale. The year is 1982; the setting, an Edenic hamlet some ninety miles north of New York City. There, among the craggy rock cliffs and glacial ponds of timeworn mountains, three friends--Patrick, Matthew, and Hannah--are bound together by a terrible and seemingly senseless crime. Twenty-six years later, in New York City, living lives their younger selves never could have predicted, the three meet again--with even more devastating results.