Pagina principala Half Upon a Time Trilogy 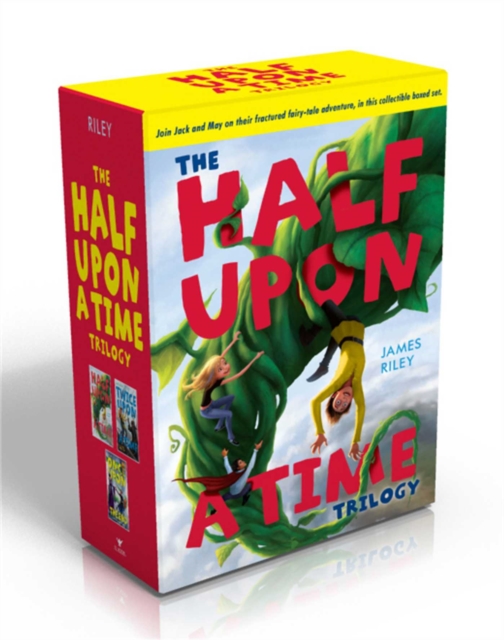 Half Upon a Time Trilogy

It's a fantasy come true: all three books in the hilarious fractured fairy tale trilogy by James Riley, available together in a box set!

This complete boxed set of the Half Upon a Time trilogy tells the story of Jack, as in, son of the infamous Jack who stole the magic beans from the giant. He is working hard to restore his family's reputation and finds the perfect opportunity when a "princess" lands in front of him, apparently from the land of Punk (as her sweatshirt implies). May is actually from our world and confused to find herself in the midst of the fairy tale characters she has read about. It soon turns out that May and Jack have more in common than they could have known and together, they'll embark on a hilarious and wild adventure involving knights, fairy godmothers, giants, and, of course, beanstalks!