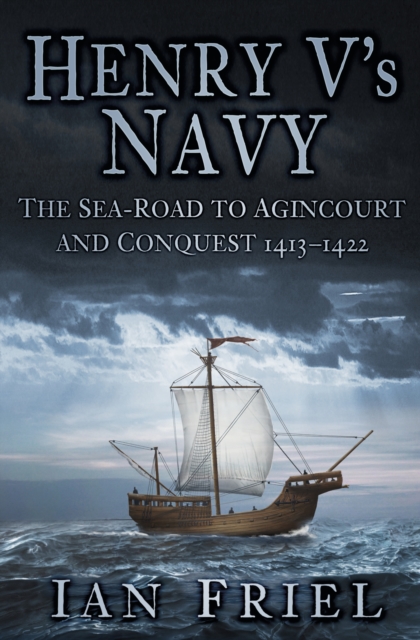 An examination of the men, ships, and technology that helped Henry V win one of his greatest victories, the Battle of Agincourt

In 1415, Henry V’s English invasion force was carried across the Channel by 1500 ships and boats, eventually to fight at Agincourt.  Henry V built the Jesus, the first ship of 1000 tons, followed by the Grace Dieu of 1400 tons. Why didn't’t the French stop him at sea? Henry V (1413-1422) conquered Normandy and forced the French king to accept him as heir to the French throne. The vital part played in these victories by English sailors and ships deserves to be better understood. Henry understood sea power and used it to clear the way for his two invasions of France.  This book explores the story of the men, ships, operations, and cutting-edge medieval technology of the English fleet, which included both the “king’s ships” and privately-owned vessels.  Using the detailed records of Henry’s ships, other rich documentary sources, and archeological evidence, Henry V’s Navy reconstructs the story of one of England’s most effective, but least remembered navies. This, it can be argued, is the beginning of England’s dominance of the waves.