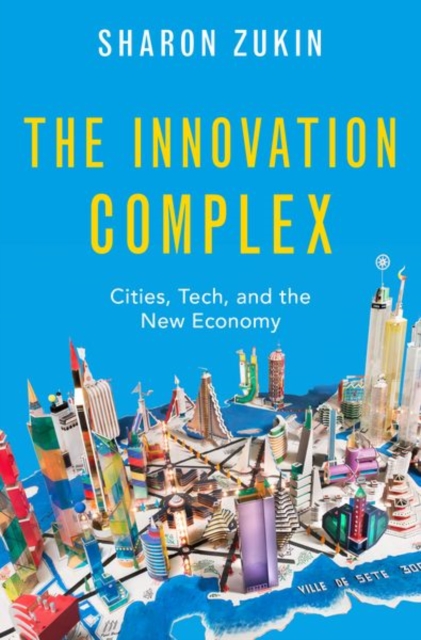 You hear a lot these days about "innovation and entrepreneurship" and about how "good jobs" in tech will save our cities. Yet these common tropes hide a stunning reality: local lives and fortunes are tied to global capital. You see this clearly in metropolises such as San Francisco and New York that have emerged as "superstar cities." In these cities, startups bloom, jobs of the future multiply, and a meritocracy trained in digital technology, backed by investors who control deep pools of capital, forms a new class: the tech-financial elite. In The Innovation Complex, the eminent urbanist Sharon Zukin shows the way these forces shape the new urban economy through a rich and illuminating account of the rise of the tech sector in New York City. Drawing from original interviews with venture capitalists, tech evangelists, and economic development officials, she shows how the ecosystem forms and reshapes the city from the ground up.

Zukin explores the people and plans that have literally rooted digital technology in the city. That in turn has shaped a workforce, molded a mindset, and generated an archipelago of tech spaces, which in combination have produced a now-hegemonic "innovation" culture and geography. She begins with the subculture of hackathons and meetups, introduces startup founders and venture capitalists, and explores the transformation of the Brooklyn waterfront from industrial wasteland to "innovation coastline." She shows how, far beyond Silicon Valley, cities like New York are shaped by an influential "triple helix" of business, government, and university leaders--an alliance that joins C. Wright Mills's "power elite," real estate developers, and ambitious avatars of "academic capitalism." As a result, cities around the world are caught between the demands of the tech economy and communities' desires for growth--a massive and often--insurmountable challenge for those who hope to reap the rewards of innovation's success.