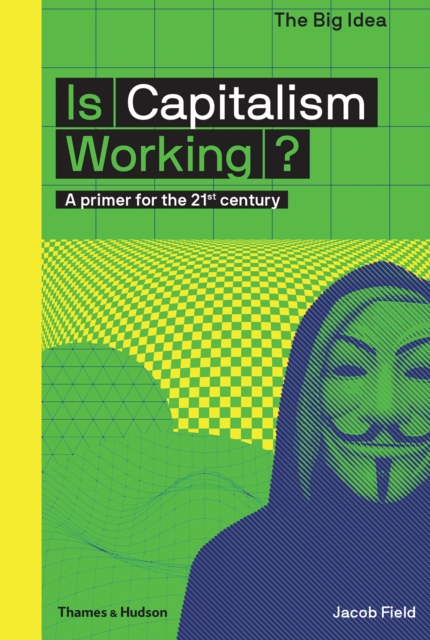 Is Capitalism Working? is a deeply relevant question today, especially to a generation coming of age in a world still experiencing aftershocks from the near-meltdown of the world economy in 2008. Economic theory can be complex, but Jacob Field’s well-structured and thought-provoking text lays out the debate in a clear, accessible, and engaging way. Augmenting Field’s text are shrewdly selected illustrations that help readers grasp the basic tenets, history, and context of capitalism.


Field lays out this entry in the “Big Idea” series in four distinct sections: “How Capitalism Evolved,” which provides a brief history of capitalism and theories such as utilitarianism and Marxism; “How Modern Capitalism Works,” which explores the successes of capitalism as a national and international economic model; “Capitalism in Crisis,” which lays out the failures and arguments against capitalism; and “Adapting the Capitalist Model,” which scrutinizes successful alternatives to capitalism. Ultimately, Is Capitalism Working? allows readers to draw their own conclusions, providing a helpful primer on capitalism and a framework for understanding the challenging question of its effectiveness.