Pagina principala It Can Be Done 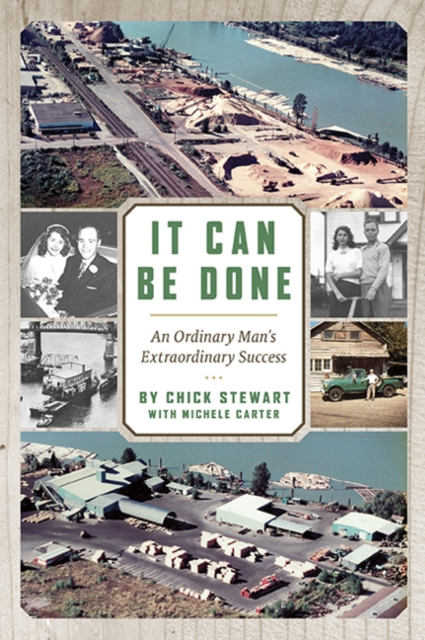 It Can Be Done

"Call me Chick. I've been called Chick since I was six years old. If you call me Donald, I'll know you don't know me. In this story, I'll tell you how my life unfolded over the last eight decades: how I got that nickname; how I met and married the most beautiful girl in the world; and how I came to own and operate S & R sawmills in Surrey, British Columbia. By the end of this book, I'm pretty sure you'll know me well enough to call me Chick."


Chick grew up on a chicken farm in Fort Rouge, Manitoba. It was the Great Depression and money was always tight, so he began his entrepreneurial career early, peddling eggs to the neighbours, jockeying for odd jobs and selling magazines. After a move to Vancouver, he set pins for a bowling alley, baled shavings and made his mill debut at fifteen straightening boards in the Youbou Mill on Vancouver Island. When the opportunity to buy a mill arose, Chick decided to take a chance.


It was a good decision. After buying his first mill with Vic Rempel, their quality work earned them steady cuts, and they were able to buy more equipment, install electricity and expand. It wasn't all smooth sailing--Chick had to dive into the Fraser River to rescue a saw, douse a fire, deal with the fallout of the Asian financial crisis and adapt to growing environmental concerns--but S & R survived and thrived, consistently employing a workforce of over five hundred. Chick even came out of the lumber business with all ten fingers.


It Can Be Done is also the lively story of Chick's personal life and includes tales of old-fashioned childhood escapades like trick-or-treating for potatoes and relocating neighbours' outhouses, as well as stories of other adventures: a motorcycle road trip ending with a night in jail because all the motels in town were full, and his decision to get a pilot's license after flying in a plane that was literally falling apart into his lap. Chick shares emotional milestones too: meeting his wife in an ice cream shop, family vacations on Gossip Island and, in later years, building Czorny Alzheimer Centre.


Told with a great deal of humility and humour, It Can Be Done is the story of an honourable man, well-respected by his peers, and a history of over fifty years of evolution and change in the BC lumber business.