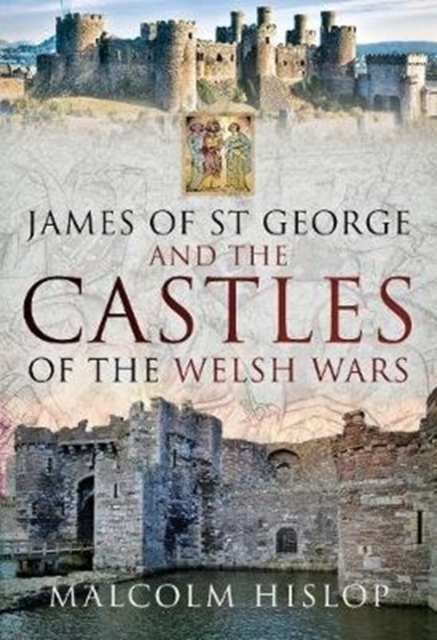 James of St George and the Castles of the Welsh Wars

James of St George has a reputation as one of the most significant castle builders of the Middle Ages. His origins and early career at the heart of Europe, and his subsequent masterminding of Edward I of England's castle-building programs in Wales and Scotland, bestow upon him an international status afforded to few other master builders retained by the English crown. The works erected under his leadership represent what many consider to be the apog�e of castle development in the British Isles, and Malcolm Hislop's absorbing new study of the architecture is the most important reassessment to be published in recent times.

His book explores the evolution of the Edwardian castle and James of St George's contribution to it. He gives a fascinating insight into the design, construction and organization of such large-scale building projects, and the structural, military and domestic characters of the castles themselves. James's work on castles in the medieval duchy of Savoy is revisited, as are the native and foreign influences on the design of those he built for Edward I.

Some seventy years after A.J. Taylor began his pioneering research into James of St George and his connection with Wales, the time is ripe for this revaluation of James's impact and of the extent of his influence on the architectural character of the Edwardian castle.