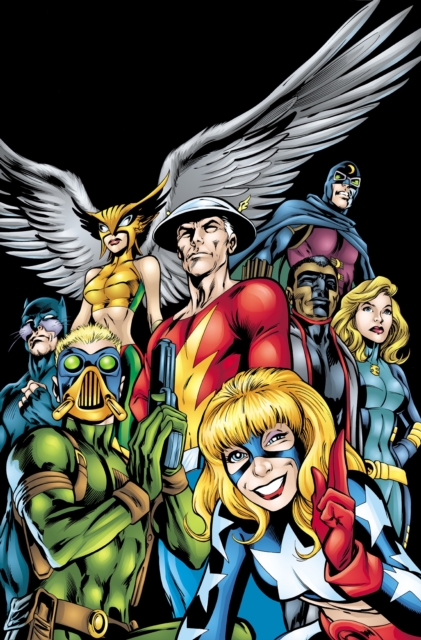 A recently reunited Justice Society of America faces some of its most fearsome foes in this second collection of classic stories from critically acclaimed Geoff Johns.

In these history-making tales, the chilling secrets of the bizarre Johnny Sorrow are revealed as he leads an all-out assault on the JSA, forcing the team to make incredible sacrifices just to survive. Then, in the aftermath, the legendary Hawkman returns to the team he helped to found--just in time to join forces with Shazam and the Justice League for a battle whose stakes are nothing less than the fate of the world itself!