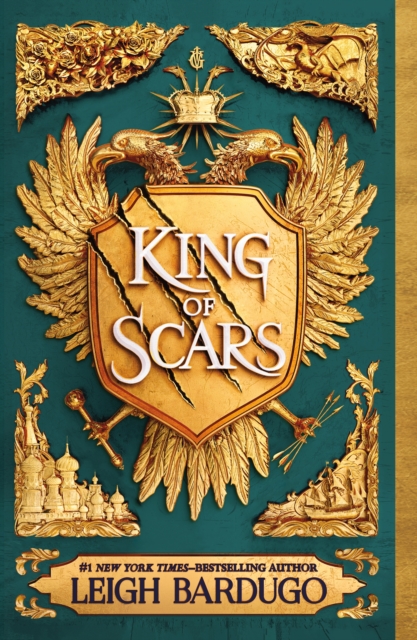 Watch the Grishaverse on Netflix in 2020 with Shadow and Bone, an original series!

Enter the Grishaverse with the instant #1 New York Times-bestseller King of Scars by Leigh Bardugo, the first book in the King of Scars Duology.

"[Bardugo] touches on religion, class, family, love — all organically, all effortlessly, all cloaked in the weight of a post-war reckoning with the cost (literal and figurative) of surviving the events that shape both people and nations." —NPR

"The story exists at an intersection of past and future selves, and in the dawning understanding that what you most fear may be what you most need." —Washington Post

Face your demons...or feed them. The dashing young king, Nikolai Lantsov, has always had a gift for the impossible. No one knows what he endured in his country’s bloody civil war—and he intends to keep it that way. Now, as enemies gather at his weakened borders, Nikolai must find a way to refill Ravka’s coffers, forge new alliances, and stop a rising threat to the once-great Grisha Army.

Yet with every day a dark magic within him grows stronger, threatening to destroy all he has built. With the help of a young monk and a legendary Grisha general, Nikolai will journey to the places in Ravka where the deepest magic survives to vanquish the terrible legacy inside him. He will risk everything to save his country and himself. But some secrets aren’t meant to stay buried—and some wounds aren’t meant to heal.

Read all the books in the Grishaverse!

The Language of Thorns: Midnight Tales and Dangerous Magic
The Severed Moon: A Year-Long Journal of Magic