Pagina principala Librarians and the Pot of Gold 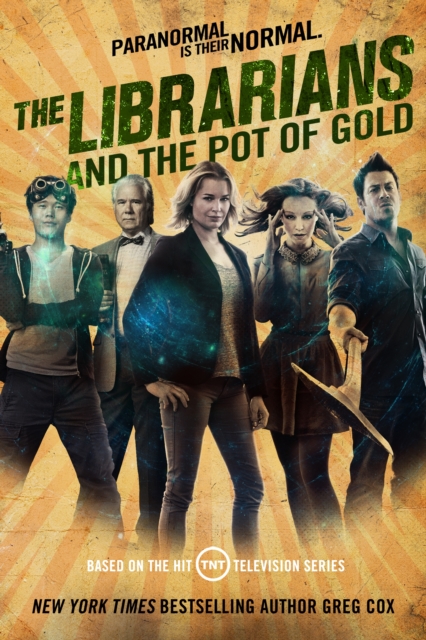 Librarians and the Pot of Gold

The Librarians and the Pot of Gold is an original novel based on the hit TNT television show The Librarians, by New York Times bestselling author Greg Cox.

For millennia, the Librarians have secretly protected the world by keeping watch over dangerous magical relics. Cataloging and safeguarding everything from Excalibur to Pandora's Box, they stand between humanity and those who would use the relics for evil.

There is truth to every story...

Hundreds of years ago, the fate of the world rested upon the shoulders of a clever priest and a clever librarian. On the day the pair drove the remnants of the Serpent Brotherhood from Ireland's shore—that is, until the grave of an ancient sorceress is dug up and her remains removed.

Now, Baird and her team of plucky Librarians find themselves on a collision course with their longtime foes as they race to find a leprechaun's lost gold to prevent the Brotherhood's dark design from coming to fruition.