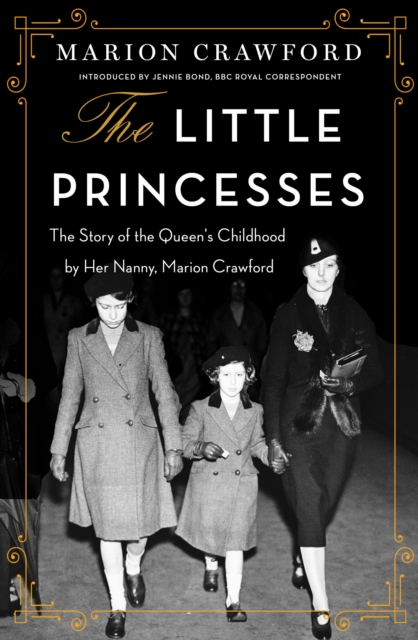 Originally published in 1950, The Little Princesses was the first account of British Royal life inside Buckingham Palace as revealed by Marion Crawford, who served as governess to princesses Elizabeth and Margaret.

A twenty-two year old teacher recruited to look after the Duke and Duchess of York’s young daughters in 1931, Marion Crawford—affectionately known as “Crawfie” by her charges—spent sixteen years with the Royal family as the children’s governess. From King Edward VIII’s abdication of the throne in order to marry American divorcée Wallis Simpson and King George VI’s subsequent crowning, through World War II, and all the way to Elizabeth’s courtship and marriage to Prince Philip, Duke of Edinburgh, Crawfie’s memoir offers an intimate and revelatory perspective of Elizabeth and Margaret’s childhood during one of the most momentous eras in British history.

Initially honored as a Commander of the Royal Victorian Order for her loyal service to the crown, Crawfie was later demonized by the press and ostracized by the royal family for the rest of her life as a result of The Little Princesses’ publication. When compared to the modern media’s relentless obsession with the House of Windsor, Crawfie’s touching account of Queen Elizabeth and Princess Margaret’s youth presents a poignant reminder of how much life has changed for the British Royals.

And an Introduction by Jennie Bond, BBC Royal Correspondent